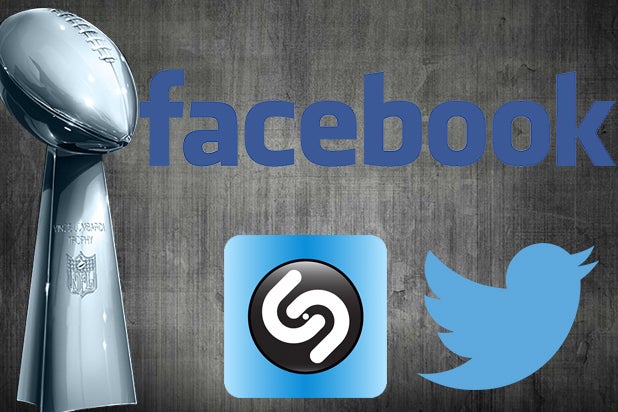 Super Bowl XLVIII was a big hit for the Seattle Seahawks, Fox, and social media — though in what order is open for interpretation.

On Twitter, the big game recorded its largest Twitter TV Audience to date, with a total of 15.3 million people seeing tweets about the event, Nielsen SocialGuide reported. Each user saw, on average, 120 tweets about the game, Pepsi Halftime Show, or brands that advertised during the telecast.

Another Twitter metric, Unique Authors, registered 5.6 million users tweeting about the event, with each person sending an average of 4.5 tweets. Compared to last year, that is a six percent increase in the number of U.S. tweeters crowing about the game.

Conversation about the Super Bowl spiked on Twitter at 10 p.m., just after the Seattle’s victory was made official, and coinciding with the airing of Esurance’s lone commercial spot — a 60-second moment that resulted in a total of 301,400 tweets sent during that minute alone.

The online insurer made a splash on Twitter by encouraging users to tweet with the hashtag #EsuranceSave30 for a chance to win $1.5 million dollars.

Facebook had nearly 10 times the number of people posting during the Denver Broncos’ beatdown. More than 50 million Facebook users had greater than 185 million interactions (posts, comments and likes) related to the Super Bowl last night, though neither number represents a record on the social media giant, which celebrates its 10th birthday Tuesday.

The most-social Facebook moments from the game are ranked below:

1. Percy Harvin opens the second half with an 87-yard kickoff return for a
touchdown.
2. Jermaine Kearse catches a 23-yard touchdown pass to extend Seattle’s
lead.
3. Malcom Smith intercepts Peyton Manning and returns it for a touchdown
in the second quarter.
4. The final whistle blows, giving the Seahawks their first Lombardi Trophy.
5. Demaryius Thomas scores Denver’s first and only touchdown.

Of course, the Super Bowl is not merely for the biggest social players. The game was Shazamed more than 700,ooo times — which more than doubles the prior year’s game — as greater than half of the Shazams occurred during Bruno Mars’ halftime show.

Nearly 15 percent of the identifications — or 90,000 Shazams — were generated by the Auto Shazam feature.