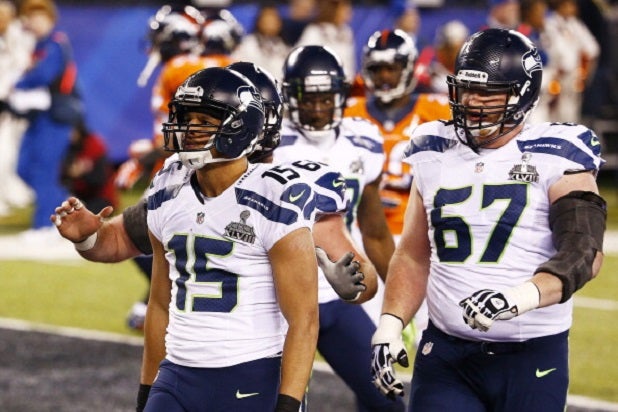 Super Bowl XLVIII was a blowout victory for both the Seattle Seahawks and for Fox.

The big game pulled in 112.2 million viewers, topping the previous historical mark set two years ago of 111.3 million, when the New York Giants defeated the New England Patriots in Super Bowl XLVI. An earlier version of this story reflected 111.5 million viewers — the number available at the time. This record, despite Seattle racking up the largest Super Bowl blowout in 21 years with a 43-8 beatdown of the Denver Broncos.

Super Bowl XLVIII posted a 46.7 rating and 69 share in households. An earlier version of this story reflected a 46.4/69 — the numbers available at the time.

Sunday’s rating at kickoff, 44.5/70, ranks as the highest on record, and 12 percent more than the kickoff rating a year ago. A closer game may have provided a larger record margin for Fox.

The Pepsi Halftime show, featuring Bruno Mars and the Red Hot Chili Peppers, also set a record with 115.3 million people tuning in. That figure surpasses the 110.8 million delivered by Beyonce last year, and the prior record of 114.0 million set by Madonna two years ago.