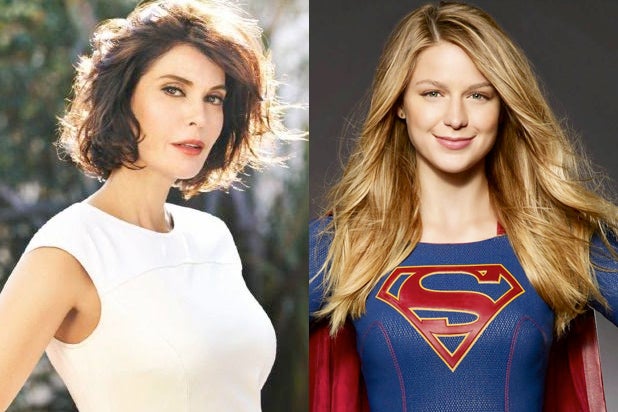 “Supergirl” is welcoming another member of the DC comic book family into the fold, with the casting of former Lois Lane actress Teri Hatcher.

The “Lois & Clark: The New Adventures of Superman” star will join the Melissa Benoist-led CW superhero drama in a mysterious role that will become the new Big Bad of the show’s second season.

“No offense to any of the wonderful actresses who have also played the part, but Teri Hatcher is my all time favorite Lois Lane,” executive producer Andrew Kreisberg said in a statement. “To have her come back to the SuperWorld in a completely different part is an unbelievable gift to me, Greg [Berlanti], and the fans.”

Hatcher’s “Lois & Clark” co-star Dean Cain, who played Clark Kent, is already a “Supergirl” cast member, and played Kara’s adopted father Jeremiah Danvers. Recently, it was revealed that the thought-to-be-deceased scientist was still alive and could be held by the season’s villain organization, Cadmus.

Could Hatcher’s appearance signal a “Lois & Clark” on-screen reunion at some point?