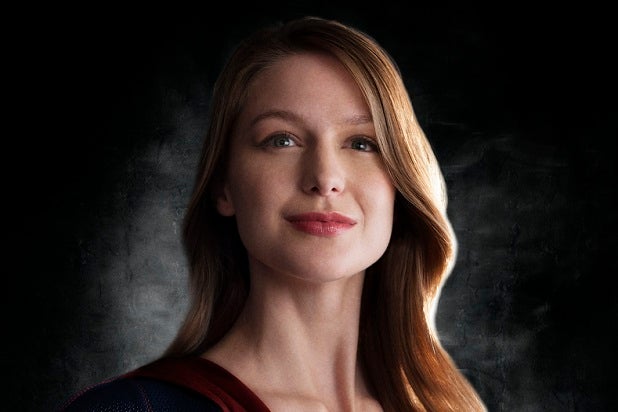 The new Melissa Benoist drama premiered to a big 3.1 rating in the advertiser-sought 18-49 demographic, per final Nielsen national numbers. Among total viewers, the show was even more powerful, drawing a whopping 13 million audience members.

For some added perspective, in the superhero genre, those figures place “Supergirl” below the demo debuts of ABC’s “Marvel’s Agents of S.H.I.E.L.D.” in 2013 and Fox’s “Gotham” in 2014.

In total viewers, however, “Supergirl” soared above all comic book broadcast starts since 2011. Not bad at all, especially considering how tough it is to draw live viewership these days when compared to even a few years ago.

Also Read: 'Supergirl' Premiere Reveals the Mother of All Villains

“Supergirl” had a few things working in its favor, beyond the character’s X-ray vision.

That doesn’t mean last night was a cakewalk, though. After all, “The Voice” — “Blindspot”s’ own lead-in — still gets excellent Live Plus Same Day viewership. And the NBC reality show really gave “Supergirl” a run for its money last night before ultimately falling a bit short. We guess Adam Levine just isn’t faster than a speeding bullet.

Here’s how broadcast comic book shows have premiered in the key demo since 2011:

And here’s how they fared among total viewers:

Also Read: Melissa Benoist on Why 'Supergirl' Is a Feminist (Video)

Of course, the biggest comic-based show of them all isn’t even on broadcast TV. AMC’s “The Walking Dead” and now prequel “Fear the Walking Dead” regularly do super-villain levels of damage over on cable.

Additionally, “Daredevil” has supposedly been doing quite well in the streaming space, but Netflix notoriously withholds viewership numbers.

The small-screen space is set to get even more capes in the near future: “Lucifer,” “Legends of Tomorrow,” “Marvel’s Jessica Jones,” “Iron Fist,” “Luke Cage,” “The Defenders,” “Wynonna Earp,” and “Preacher” will debut across broadcast, cable and streaming in the near future.

Only time — and perhaps, Nielsen — will tell which will fly and which will perish.