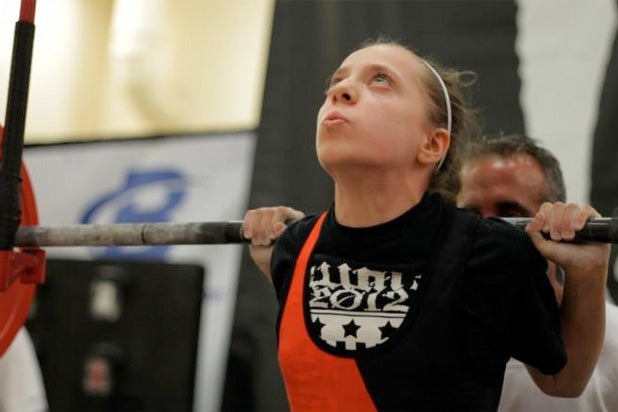 As she fights to hold onto her title, Kutin navigates the perils of adolescence — from religious obligations to cyber-bullying and health issues, which could jeopardize her future in powerlifting.

“Supergirl” will make its broadcast debut on the upcoming season of PBS’ “Independent Lens.”

The coming-of-age documentary made its world premiere at the Hamptons International Film Festival, followed by screenings at the Cucalorus Film Festival, DOC NYC and Philadelphia Jewish Film Festival.

In addition to Slamdance 2017, the film will also screen at the Palm Beach Jewish Film, and the Big Sky Documentary Festival.

“We’re so excited to begin our partnership with FilmRise after a successful initial festival run,” Auritt said in a statement.

Noted Danny Fisher, CEO of FilmRise: “We are thrilled to help bring this unique coming-of-age story to a wider audience. Jessie Auritt has found a truly original subject in Naomi Kutin and has brought a distinct directorial vision to the project.”

The deal was negotiated by Fisher and FilmRise’s VP of Acquisitions Max Einhorn with Daniel Hyman of Preferred Content.