James Olsen (Mehcad Brooks) will take on the mantle of Guardian, the vigilante taken from the pages of DC comic books, and the first photo of him has been released.

The tension should be high especially since James’ transformation comes so soon after his breakup with Kara (Melissa Benoist). The sudden dissolution of that romance was a creative decision, according to Kreisberg.

“We felt like we were pursuing that relationship more because we felt like we had to than any of us was really, truly feeling it,” he said. “It was interesting because we brought in some new writers in the middle of the season, to get some fresh blood going, and even they — coming at it fresh — sort of felt like we weren’t quite sure how we were going to make [the relationship] happen. We realized that the best scenes between them were just the nice, sweet scenes when they were just being friends.”

“Supergirl” airs Mondays at 8 p.m. ET on The CW. See the first photo of Guardian below. 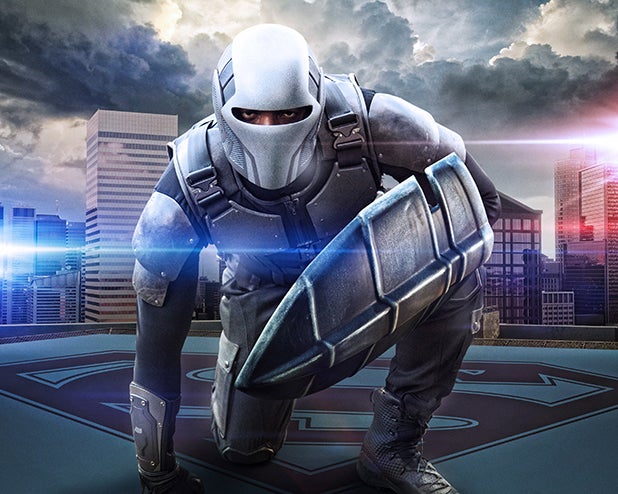