The “Supergirl” move to The CW meant one big thing: The character would join the ever-growing DC Comics adaptation crossover that’s become an annual event on the network.

The Kryptonian lives in a totally different universe than the one occupied by the superheroes of “Arrow,” “The Flash” and “Legends of Tomorrow,” but when aliens invade, her help is needed.

Below, showrunners Marc Guggenheim and Andrew Kreisberg share what to expect from the four-show epic superhero crossover. 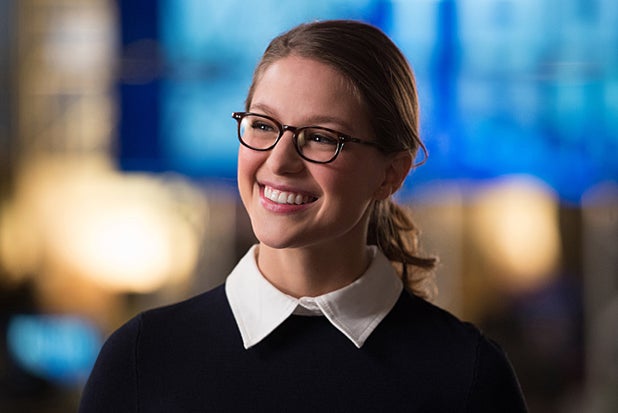 1. A smaller role for Supergirl
Monday’s episode of “Supergirl” was the only show among the four to not bear the title “Invasion!” and was mostly its own entity. And Kara’s (Melissa Benoist) role during the crossover episodes is strictly supporting in nature, as well.

This was due to logistics, since the crossover episode of “Supergirl” marked its mid-season finale, which is not true of the other three shows, where the crossover storyline features more prominently.

“Part of what made it a little difficult was all the other shows have a subsequent episode to the crossover,” Kreisberg told reporters following a screening of the crossover episodes. “We wanted to make sure that Episode 8 of ‘Supergirl’ spoke to what had been happening on the first seven episodes of ‘Supergirl,’ and not just a tie-in. Logistically speaking, last year we did two shows with a sprinkling of ‘Legends’ and this year we went to three shows. The idea of going to four full shows, I’m not sure we could have pulled off, logistically speaking.

“Hopefully people didn’t realize it, but Kara was not in a lot of Episode 7 of ‘Supergirl,’ where she was captured by Cadmus. That was specifically to free her up for five days so she could appear in all of these other episodes.” 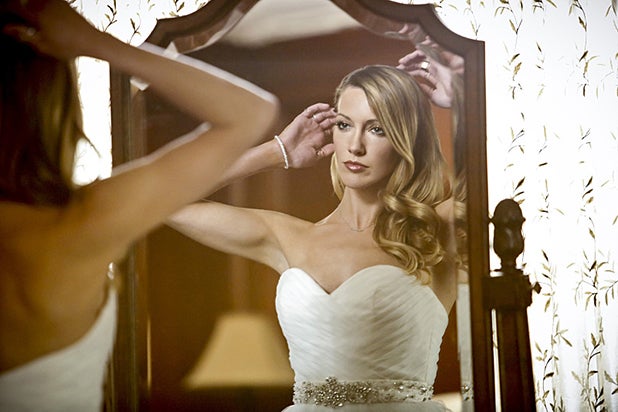 2. “Arrow” focuses on its 100th episode
“Arrow” not only deals with Dominators, but also has to celebrate its history and core relationships in a milestone episode. This is done by dropping Oliver Queen (Stephen Amell) into an alternate universe where he never got on the Queen’s Gambit five years ago.

“It’s a little bit Oliver’s version of ‘The Girl Who Has Everything’ from last year’s ‘Supergirl,'” said Guggenheim. “There’s a reason why these stories are kind of iconic or tropes, even, in comic books.”

Kreisberg added that it was important to get as many current and former “Arrow” cast members to reunite for the special episode as possible – including Katie Cassidy, whose Laurel Lance is a central figure, as well as Oliver’s deceased parents, played by Susanna Thompson and Jamey Sheridan. 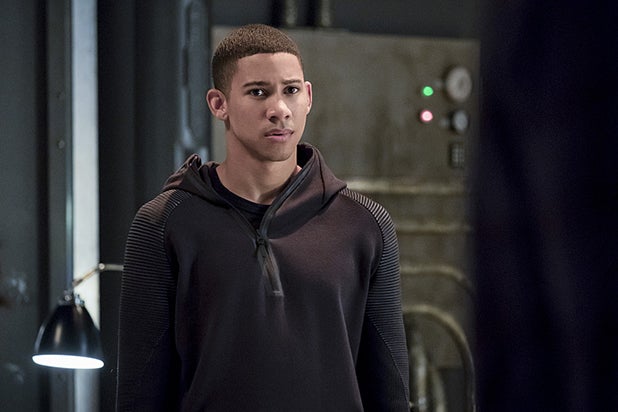 3. Wally’s Kid Flash tryout
The Dominators require basically every hero within a three-Earth radius to come help, but the newest speedster on “The Flash” isn’t exactly ready. However, “The Flash” couldn’t just drop its recent storylines about Wally West’s (Keiynan Lonsdale) transformation into the speedster known as Kid Flash, so that continues to play out during the crossover.

“At the end of the last episode, Wally became a speedster,” said Kreisberg. “That’s huge, that’s big news, and to kind of gloss over that and not have anybody react, considering the myriad of reactions that Joe’s had to Barry becoming a speedster, and Iris’ reactions, it felt like we’d be doing a disservice to the people who are watching ‘The Flash’ and enjoying it… We didn’t want to feel like suddenly, for the people watching ‘Flash,’ like their show had disappeared for a week while we had all these superhero shenanigans. We felt it was important to advance Wally’s story.” 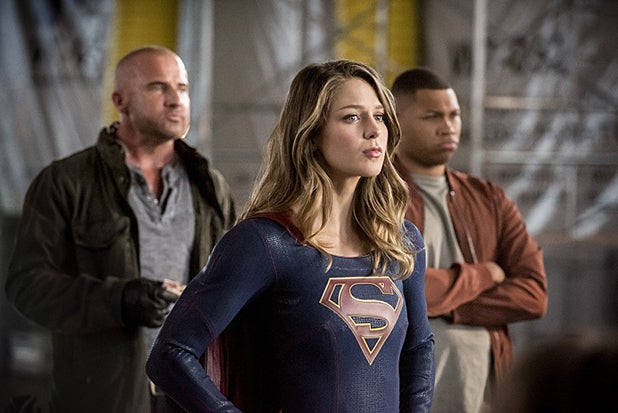 4. Heatwave vs. Supergirl
Most of the fun of the character interactions this time around come from Supergirl’s introduction to the rest of Teams Arrow, Flash and Legends. One character in particular became especially fun for the writers: Dominic Purcell’s Heatwave on “Legends of Tomorrow.”

The former villain turned time-traveling hero is the grumpiest, most misanthropic of the bunch, so it stands to reason that his reaction to the pure beam of light that is Kara Danvers would be the most extreme.

“It’s not a stretch to see Kara getting along with Barry (Grant Gustin), and Kara would get along with Sara (Caity Lotz) and Ray (Brandon Routh) in that group, but watching the two of them deal with each other… Those scenes are even longer [than what’s on screen], because you just start writing and the dialogue just comes to you.” 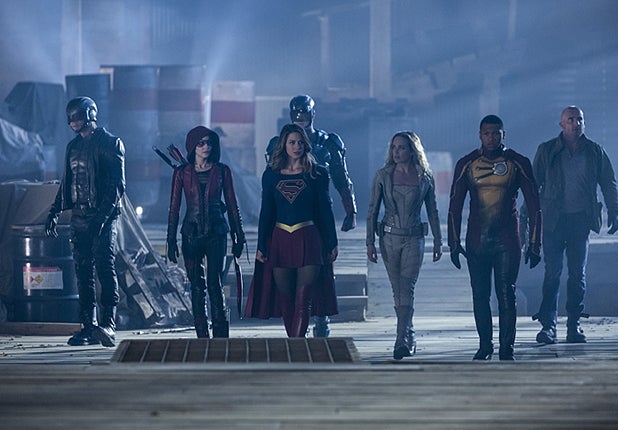 5. What you won’t see
The showrunners hoped to include more Easter eggs in the episodes that called back to the original comic books, like the Dominators’ caste system and signature green robes. Also left out: an exchange that called out a recent fan-favorite “Supergirl” storyline.

“There was a little exchange between Sara and Kara that I really liked,” Kreisberg teased. “I don’t think we even filmed it. Where Sara says, ‘Hey, do you maybe want to get a drink when this is all over?’ and Kara says, ‘I think you want to meet my sister.’ Just start getting the Sara-Alex shippers going.”

The “Arrow”-“Flash”-“Supergirl”-“Legends” crossover airs Tuesday-Thursday at 8 p.m. ET on The CW.