In this new photo from Monday’s episode, “The Last Children of Krypton,” Tyler Hoechlin is seen cradling Melissa Benoist‘s lifeless body, just as Superman did with Supergirl on the cover of Crisis on Infinite Earths #7, published in October 1985.

George Pérez drew the original illustration of Superman and Supergirl, which is also very similar to Marvel’s Uncanny X-Men #136, featuring Cyclops carrying a lifeless Phoenix, which was published five years earlier, in 1980.

In Monday’s episode of “Supergirl,” Kara and Clark continue to work together after having a taste of teamwork in the season premiere episode last week. This time, CADMUS finally attacks, using Kryptonite-powered foes, the Achilles’ Heel of Krptonian superheroes.

The network debut “Supergirl,” which aired its first season on CBS, ended up as CW’s most-watched show (3.024 million total viewers) in its time period in just about eight years — a “Gossip Girl” from December 1, 2008, was the last to do better. And in the key 18-49 demographic, “Supergirl’s” 1.1 rating was best in almost six years, when the new “90210” was still on the air.

Executive producer Andrew Kreisberg recently teased they are trying to work out a way to bring Hoechlin and Superman back into the fold later in the season.

“Supergirl” airs Mondays at 8 p.m. ET on The CW. See the full image of Superman and Supergirl below. 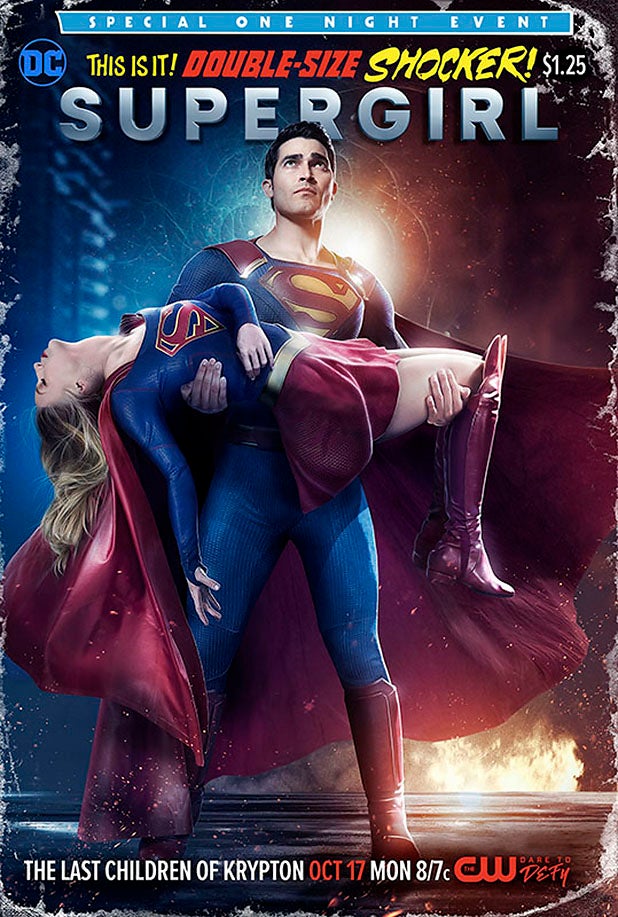