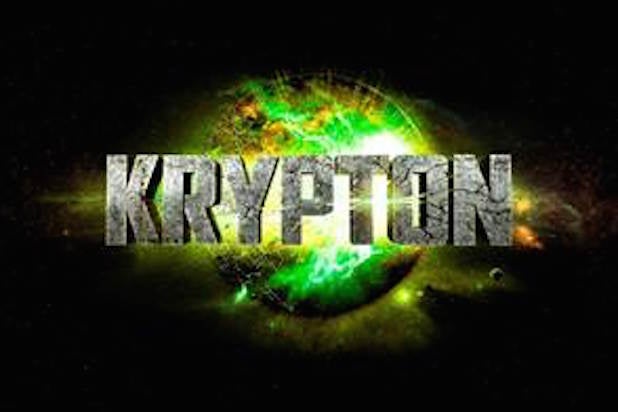 The one-hour drama takes place long before Kal-El left the planet Krypton for Earth, gained superpowers and assumed the identities of Clark Kent and Superman. It will focus on Superman’s oft-maligned family, the House of El, as well as his grandfather.

Ian Goldberg (“FlashForward”) will pen the “Krypton” pilot for Warner Horizon Television and DC Comics, which is based on a story he and Goyer created. Goldberg and Goyer are listed executive producers.

Goyer currently has two other series on television, NBC’s “Constantine” (also based on a DC-owned property and produced by WB) and Starz’s “Da Vinci’s Demons.”

He also has story credit on all three of Christopher Nolan and Christian Bale‘s “Dark Knight” films, and he cowrote Zack Snyder‘s 2012 Superman movie “Man of Steel.” That film begins with a lengthy sequence on Krytpon, with Russell Crowe playing an infant Superman’s father Jor-El. Goyer also cowrote the 2016 sequel, the “Batman v Superman: Dawn of Justice,” which will pit Man of Steel (Henry Cavill) against the Caped Crusader (Ben Affleck).

In addition to working with Goyer on ABC’s “Flashforward,” Goldberg is credited as a coproducer on ABC’s “Once Upon a Time” and served as story editor on CBS’ “Criminal Minds: Suspect Behavior.”

Syfy is following in Fox’s footsteps, which had success this season with “Gotham,” another DC Comics-based prequel. Ben McKenzie stars as Detective Jim Gordon on the Batman origin series.