One lucky “Supernatural” fan walked away from the long-running CW show’s final panel at San Diego Comic-Con with an exact replica of Sam (Jared Padalecki) and Dean’s (Jensen Ackles) famous ’67 Chevy Impala. And Padalecki and Ackles picked the winner themselves.

OK, the winner didn’t drive off with it, but studio Warner Bros. Television is going to get it to them once they return home from the fan convention.

Following a short clip showing the car being restored with care by a team of experts (see above), it was announced that the copy of the beloved Impala would become the property of someone in Hall H. Ackles and Padalecki pulled the winning raffle ticket (No. 3) and congratulated the winner, Laura Dittrich of Grants Pass, Oregon.

The group answered questions about last season’s cliffhanger final, and teased what’s ahead when the show comes to an end. And they teared up — a lot.

The 15th and final season of “Supernatural” will premiere October 10 a 8/7c on The CW.

See a photo of the replica Impala below. 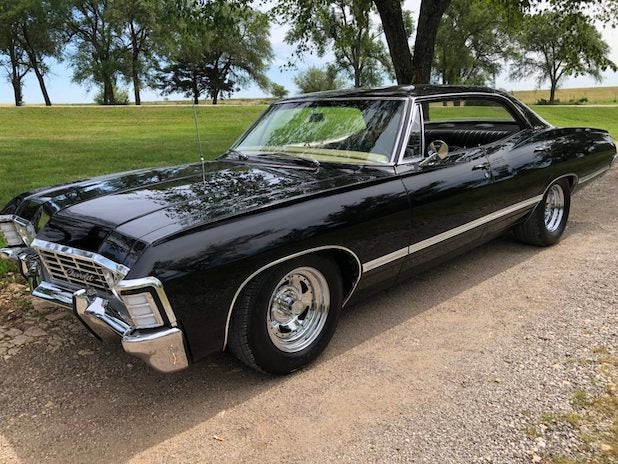