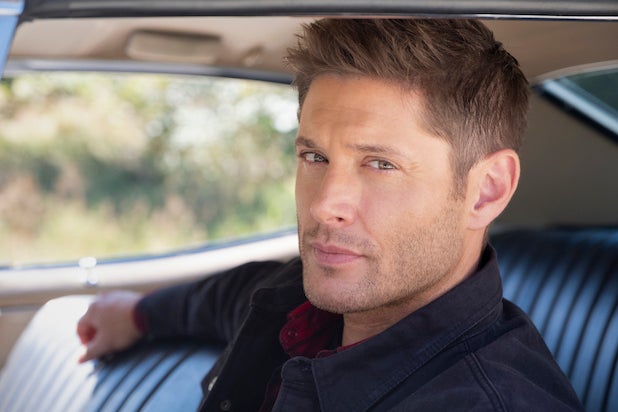 (Warning: This post contains spoilers for the series finale of “Supernatural.”)

“Supernatural” reached the end of its very long road Thursday night with a series vfinale that was not the one scripted by the show’s creator — but one that he said fans probably liked much more than his own.

“I will say this,” Kripke, who created the Jensen Ackles- and Jared Padalecki-led series, which debuted on The CW in 2005, told Entertainment Weekly in an interview published after the finale aired. “There’s only one scene that I haven’t done that I would’ve done for the end of the show and I’m certainly not going to give it away, maybe one day I will. But I can assure the fans that my ending was so much darker than the ending they’re going with, so anyone who’s like, ‘Kripke should’ve ended it,’ I’m like, ‘You would’ve hated my ending!’ Because it was a horror movie and it was going to have a horror movie ending, so I can promise you the ending [they went with] you’ll love much more than if you had let me end the show.”

Last night’s “Supernatural” series finale saw Dean (Ackles) killed when he was impaled by a nail during a standard vampire hunt with his brother, Sam (Padalecki). Sam watched Dean die, and then went on to live out the rest of his life — getting married, having a son and naming him Dean — without his big brother. The two were reunited in heaven at the end of the episode, titled “Carry On,” after Dean died of old age. (You can read a more detailed recap here.)

“In my last episode, [the Season 5 finale] ‘Swan Song,’ I probably, in hindsight foolishly, spent maybe like 80% of how I wanted that show to end,” Kripke, who stepped away from his showrunner duties on “Supernatural” after the show’s fifth season, told EW.

“I didn’t know it was going to go 15 years. I probably wouldn’t have done that again had I had another chance but I thought maybe there was another year or two! Outside of a few little scenes and a few more moments, that was the meat of where I thought this show should end, which is Sam versus Dean and then ultimately good versus evil but brotherhood wins and sacrifices are made.”

Kripke said that it was “inevitable that over many years, the show is going to spend every idea I had in terms of where it could go or end” and that by 2020, he didn’t have “some preconceived notion of how it should end.” “The Boys” creator says he was “completely open-minded” to what the current “Supernatural” showrunners, Andrew Dabb and Bob Singer, were planning.

“I had a long talk with Jensen about it and I had a long talk with Andrew and Bob about it and I think it’s the best possible ending for the show,” Kripke told EW. “It was interesting, they pitched it to me and I went off to think about it for a couple days, and admittedly, me being me, I spent some time thinking, ‘OK, is there any other ending I would pitch back that I think is better?’ And I spent a couple days trying to chase down a couple avenues and couldn’t come up with anything better. So I went back and I was like, ‘Guys I think it’s the right one.’ There’s some substance to it but there’s something emotional, I think there’s a positive energy around it.”