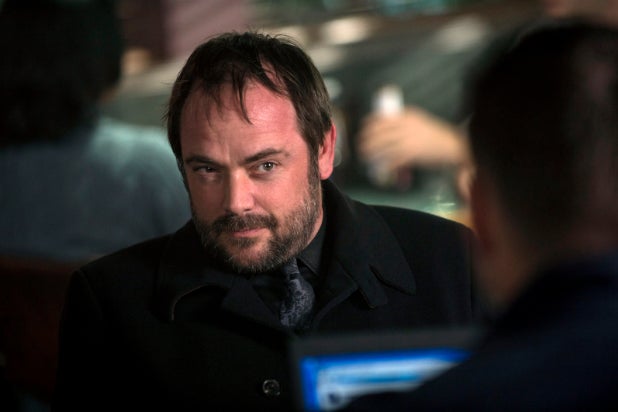 Sheppard’s Crowley has only served as the alpha demon on the series since 2009. Over what IMDb is saying about 35 episodes, Crowley has made sure to throw a wrench in the works or place considerable challenges between the Winchester boys and their goals.

After watching the Season 9 finale, fans probably guessed that there would be more Crowley coming their way. Spoiler Alert! Dean (Jensen Ackles) was transformed into a demon — something Crowley knew was coming and informed him of as he made the change.

Aside from “Supernatural,” Sheppard’s television credits include “Warehouse 13,” “White Collar,” “Leverage” and “Battlestar Galactica,” among many others. He has also appeared in the films “In the Name of the Father” and “Unstoppable.”

The CW gave “Supernatural” an early Season 10 renewal back in February. Fan favorite Misha Collins, who plays angel Castiel, was also recently announced as a series regular for the upcoming season. Previously, he toggled between recurring and series regular roles.

Sheppard’s promotion was first reported jointly by Variety and EW.