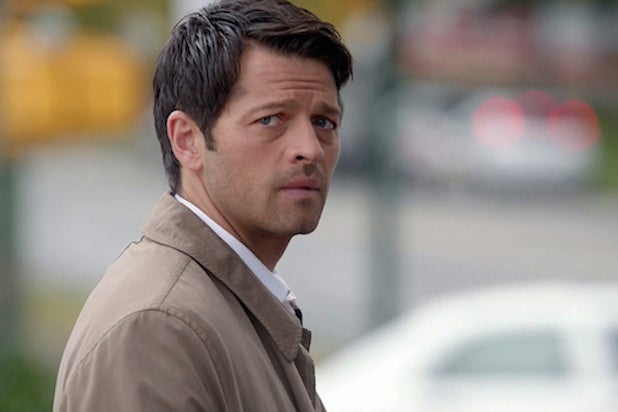 Misha Collins, best known for playing angel Castiel in the CW’s “Supernatural,” is hell-bent on showing Washington lawmakers what it’s like to have your private information bought and sold without your consent.

“Congress recently voted to strip Americans of their privacy rights by voting for SJR34, a resolution that allows Internet Service Providers to collect, and sell your sensitive data without your consent or knowledge,” Collins wrote in his new GoFundMe campaign which has already wracked up an impressive $71,000 in just 24 hours.

According to Collins, “This GoFundMe will pay to purchase the data of Donald Trump and every Congressperson who voted for SJR34, and to make it publicly available.”

More than 3,600 people have already donated to the page, which has a goal of $500 million.

The actor is leading one of two crowd funding campaigns aimed at buying then selling the internet browsing histories of America’s top politicos.

On Tuesday the House of Representatives voted to repeal a law enacted by the Obama administration  that required ISPs have permission before sharing personal information. The privacy rules were put in place to prevent service providers from gaining access to customer web-browsing data for marketing purposes.

The repeal was backed by Verizon, AT&T and Comcast, who argued that ISPs were unfairly subjected to stricter privacy laws than companies like Google or Facebook.

The effort is mostly symbolic. As some reports have already indicated, carriers are not allowed to sell individual web histories.

But, no worries. According to Collins, “Proceeds from this campaign will be used to buy Congress’ data once it becomes available. If that is impossible for any reason or if there is a surplus from this campaign, 100% of the balance of proceeds will go to the ACLU to help them continue to fight for our privacy rights.”