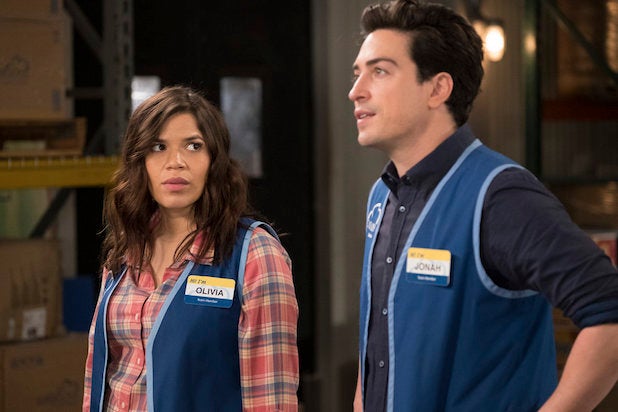 NBC had a nice Thursday night, with a slight increase in Nielsen ratings and total viewers for their primetime lineup filled with sitcom finales. Well, a rise for some — but not all.

Though the season closers for “Superstore” and the Glenn Howerton-led “A.P. Bio” jumped a bit over their previous week’s numbers, Mindy Kaling’s “Champions” was steady with its last episode — meaning it wasn’t great. This brought the Peacock up to third for the evening in both the key group of adults 18-49 and total eyeballs.

Thursday’s first and second place were taken by CBS and ABC, respectively, with the home of “The Big Bang Theory” and “Young Sheldon” topping the night, thanks to those sitcoms’ ever-strong numbers and the Disney-owned broadcaster seeing a rise for its freshman TGIT series “Station 19.”

These numbers are important to keep in mind with many shows currently on the bubble, as networks decide what to renew and what to cancel in the coming weeks.

Univision, Telemundo and The CW tied for fifth in ratings with a 0.4/2.

Univision was fifth in viewers with 1.3 million.

Telemundo was seventh in viewers with 1.1 million.

We could tell you who is in this gallery now, but then we’d have to kill you — on-screen

It's spring and you know what that means? It's TV death season! Well, it's the time of year when most shows are airing either their season or series finales -- which is always a prime time to kill off key characters and fan favorites. This plot device to cliffhang fans or tug at their heartstrings has been done to death (literally), which is why to pull off a real shocker you gotta go big. Here are the top TV finale character deaths ranked from the simply, "Oh, my God!" to "What the f--?"