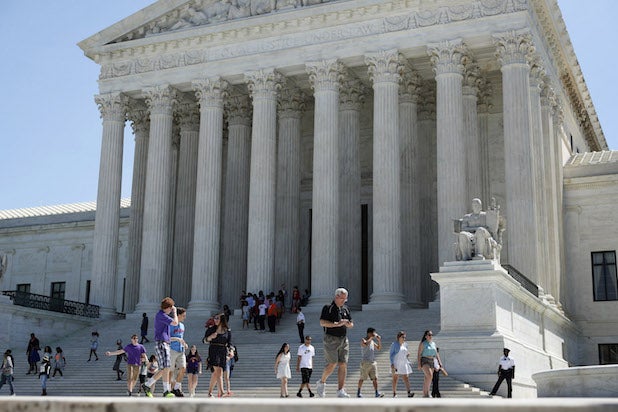 In a 7-2 decision, the U.S. Supreme Court on Monday ruled in favor of a Colorado baker who refused to bake a cake for a same-sex couple for religious reasons.

According to USA Today, Justice Anthony Kennedy wrote the court’s 7-2 decision, which seemed to go against his history of opinions favoring gay rights.

The verdict criticized the state’s treatment of Masterpiece Cakeshop owner Jake Phillips’ religious views, and held that the Colorado Civil Rights Commission was hostile toward the baker’s beliefs, according to CNN, specifically when the commission suggested his claims of religious freedom were made to justify his discrimination against the same-sex couple.

In doing so, reported CNBC, the commission violated Phillips’ religious rights under the First Amendment.

The decision was narrowly focused on the commission’s treatment of the baker — and did not resolve the underlying issue of whether other opponents of same-sex marriage can refuse wedding services to couples, or the circumstances under which people can seek exemptions based on their religious beliefs.

The court ruled that “these disputes must be resolved with tolerance, without undue disrespect to sincere religious beliefs and without subjecting gay persons to indignities when they seek goods and services in an open market.”

In a concurring opinion joined by Stephen Breyer, Obama appointee Elena Kagan argued that a state “can treat a baker who discriminates based on sexual orientation differently from a baker who does not” — but only if the state’s decisions “are not infected by religious hostility or bias.”

According to NPR, Charlie Craig and Dave Mullins were planning a wedding for themselves in Lakewood, Colo., when they were referred to Masterpiece Cakeshop.

Bakery owner Jack Phillips, as soon as he realized he was supposed to bake a cake for the same-sex couple, said that he knew this was “not a cake that I can make.” He then told them he did not make cakes for same-sex couples.

On “The View,” Phillips said that marriage is to be between a man and a woman. “I don’t believe that Jesus would have made a cake if he had been a baker. I’m not judging these two gay men, I’m just trying to preserve my right as an artist to decide which artistic endeavors I’m going to do and which ones I’m not.”

Previously, Craig and Mullins won before the Colorado Civil Rights Commission and the state Court of Appeals. Twenty-one out of 50 states have anti-discrimination laws.