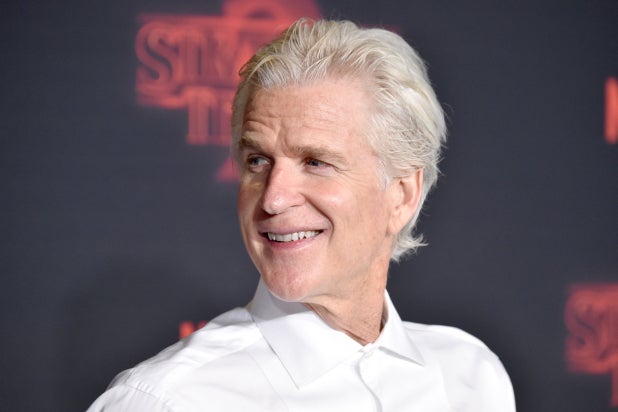 Matthew Modine is moving from Hawkins, Indiana to the NSA.

Modine will play Man in a Red Tie, a high level and mysterious government operative whose identity and true mission is shrouded in secrecy. The casting will not impact Modine’s role on Netflix’s “Stranger Things,” where he plays the nefarious Dr. Martin Brenner.

“Surveillance” is described by CBS as a complex and timely spy thriller centered around the head of communications for the NSA (Bush), a charming operative who finds her loyalties torn between protecting the government’s secrets and her own.

Modine joins a cast that also includes Catalina Sandino Moreno and Raphael Acloque. Sandino Moreno will play Natalie, who oversees all active operations at the NSA, the first woman to do so – and she’s excellent at her job. She is fiercely loyal to Maddy (Bush), her close colleague and longtime friend, and the two are like sisters. Acloque will play Jack, a smart, calculating and resourceful journalist with an alternative news website. He’s a vocal critic of the NSA, determined to expose corruption and abuse within the agency and the intelligence community at large.

Reeves executive produces via his 6th & Idaho production company alongside Riggen; White co-executive produces. The project is a co-production between 20th Century Fox, where Reeves is set up, and CBS TV studios. David C. White wrote the script and Patricia Riggen is set to direct.