With his brother Jerry and their friend Jim Abrahams, David Zucker created a modern take on the spoof movie genre with the 1980 instant classic “Airplane,” named by the American Film Institute among the ten funniest films of all time. Working as a writer, producer and director, Zucker has been involved with a long string of box office smashes, from the critically acclaimed “Naked Gun” series to the more recent “Scary Movie” franchise.

Before all that success came struggle – which, to some extent, continues to this day.  Zucker spoke with Eric Estrin about having to prove himself at the start of his career – every step of the way. 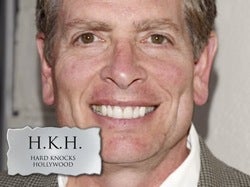 We came out from Milwaukee in 1972.  We’d actually done a live theater show with videotaped segments and some filmed segments in Madison, Wisconsin in 1971, and the show was a big hit there, but we could only charge a dollar a ticket and we only had 70 seats.  So we loaded up a U-Haul truck and moved the whole show to Los Angeles in June of 1972 as Kentucky Fried Theater.

We ran it as a show here for five years until the day the check cleared for the initial budget for Kentucky Fried Movie. It was on Pico Boulevard near 20th Century Fox, and in the whole five years no one from Fox ever bothered to come to see it.

Trying to get “Kentucky Fried Movie” made — that was the hardest thing. We didn’t have any connections in the business. We just came out from Milwaukee and we didn’t know anybody. We were really looking for like, all in, half a million dollars to do the movie.  We came into contact with a guy who had made some money in real estate, and he was interested. At that time it was my brother [Jerry] and I and Jim Abrahams, and John Landis and Bob Weiss. And Landis was going to direct and Bob Weiss was going to produce. And we had no track record.

So this guy said, “Why don’t we just go in at twenty-five thousand to do 10 minutes of it?  You guys go and shoot the ten minutes and then I can show it to my neighbors who are also rich guys, and we can all chip in and make the movie.” And that sounded like a good idea.

So we wrote up the script for the 10 minutes and brought that back to the guy and he looked at it and said, eh, $25,000…?  Let me talk to my neighbors and see if they want to do this. So we came back the next day and he said, “Well I talked to my neighbors and they don’t want to do it. I’m not doing it either. You’re out of here.”

On the ride home, Jerry and Jim and I were talking and, you know, we were completely depressed and discouraged. We started thinking: We had gotten all excited about doing this ten minutes to show what we could do, and if we had this faith in ourselves and we were expecting a complete stranger to put up all that money. So why wouldn’t we put up the money and take that risk ourselves?

And it was just about all we had at that time, but we each put in $5,000 and then my parents put in the rest; they put in ten thousand. At all junctions in my career it was mainly because I didn’t know any better. We just thought we could do it.

We made four of the sketches that would eventually be in “Kentucky Fried Movie.” We shot it in 35mm. And I think this real estate guy even let us shoot some of the stuff at his house.  So we took that around to all of the studios, and they still turned it down!

What happened was, we said, “Well we’ve got this $25,000 white elephant here. We’ve lost all our money. Let’s at least see how it plays in front of an audience.” So we took it over to the Nuart Theatre and talked to the owner of it, Kim Jorgensen, who coincidentally was from Milwaukee. And we said, “Kim, we just want to show this Saturday night for a big audience and see if anyone laughs.

So we went over there that Saturday afternoon and showed him the 10 minutes, and he just fell out of his chair laughing.  And he said, “Have you taken this anywhere yet?”  And we said, “Yeah, we’ve taken it to all the studios, and they’ve turned us down.”  And he said, “Don’t take it to them; I can get you the financing in two weeks from my exhibitor friends.” And we kind of rolled our eyes and said, “Yeah, sure, we’ve heard that one before.”

But he took it, he took it up to his guys, his friends who owned the United Artists theater circuit and he showed it to them. They didn’t know what to do with it either, but they had the smarts to show it in front of an audience, and the audience laughed hysterically.

Two weeks later we got the call from Kim Jorgensen that he had gotten the money, that it was $675K for the budget.  And that’s how it happened.