Nick Wilson, the Sole Survivor of the CBS show’s 37th season, has added another title to his name: state legislator.

The Williamsburg, Kentucky, native will represent the state’s 82nd district after he ran unopposed. He earned the endorsement of Republican representative Regina Huff, who did not seek re-election after her term expired.

Wilson, 32, first competed on “Survivor” in 2018, as a member of the “David” tribe in the series’ “David Vs. Goliath”-themed season. He edged out the competition – including runner-up Mike White, the Emmy-winning writer-director behind titles like “School of Rock” and “The White Lotus” – to become Sole Survivor. Wilson appeared on the show again in 2020 for the all-star “Winners at War” season and finished in seventh place.

Where his political career is concerned, the Republican member-elect said working as an attorney bears more weight than his success on the reality series. 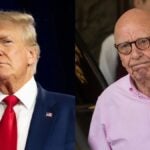 “‘Survivor,’ to me, was a game and politics, to me, is not a game,” he told local station WYMT after automatically advancing to the general election. “It’s something that touches the everyday lives of everyday people.”

He didn’t shy away from mentioning “Survivor” during his campaign, however. “Government has become a giant, especially under Beshear,” a post on his official Facebook campaign page read beside a drawing of himself in “Survivor” getup.

“In Frankfort, I hope to represent my fellow citizens against an overbearing and domineering Goliath.”

Wilson will be sworn in to Kentucky’s House of Representatives on Jan. 1, 2023. 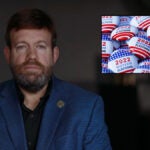 Also Read:
Republican Pollster Frank Luntz Admits He Got Midterms Wrong and Is Being ‘Deservedly Roasted’ for It

A previous version of this article incorrectly stated that Nick Wilson was elected to U.S. Congress.