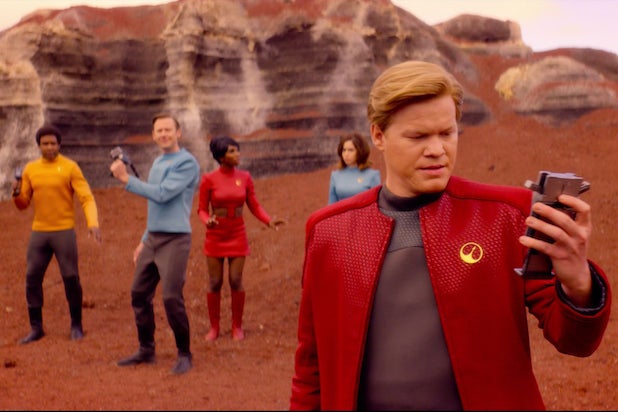 Banijay Group, the French production group behind “Keeping Up With the Kardashians” and “Survivor,” announced its acquisition of Endemol Shine on Saturday, the company that produces “Black Mirror,” “Peaky Blinders” and “MasterChef.”

The deal is valued at $2.2 billion, a person with knowledge of the terms told TheWrap.

This acquisition was expected to come to fruition any day. Now official, Banijay and Endemol are only awaiting regulatory and customary approvals.

“Endemol Shine brings an incredible array of industry-leading talent, globally-renowned brands and high-quality creative content,” Banijay CEO Marco Bassetti said in a statement. “Combining the resources of these two companies will instantly strengthen our position in the global market, and our capabilities across genres will further define us as a go-to provider of first class IP worldwide.”

The combination of France-based Banijay and Netherlands-based Endemol Shine will create a global powerhouse, with the new firm enjoying a larger content catalog than international giants like BBC Studios. Endemol Shine’s 120 production labels, which includes more than 60,000 hours of scripted and unscripted shows, will now belong to Banijay, according to a joint press release from the companies.

Endemol Shine has been owned by Apollo Global Management and Disney, which took a 50% cut in the company after its $71.3 billion acquisition of Fox’s film and TV assets closed earlier this year.

A capital increase at Banijay and debt financing will support the deal, according to the press release. The deal will include a “committed full refinancing of Banijay and Endemol Shine’s existing financial debt,”  with backing from Deutsche Bank, Natixis and Société Générale,

The deal will be financed through a capital increase at Banijay Group and debt financing, including a full refinancing of Banijay and Endemol Shine‘s existing debt, supported by Deutsche Bank, Natixis and Société Générale. Banijay’s and Endemol Shine’s respective debt was approximately $486 million ($539.5 million) and $1.83 billion ($2 billion) as of December 2018.

Banijay is owned by both LOV Group and Italian firm Vivendi. After the deal, LOV will hold 67.1% of the new company, while Vivendi will own the other 32.9%.

Endemol Shine Group CEO Sophie Turner Laing said in a statement “this deal takes us into a whole new and exciting chapter and into a new enhanced global content house with many opportunities ahead.”

Banijay said the combined revenue of both companies is expected to hit $3.3 billion by the end of 2019.