“Survivor” has revealed its castaways for the upcoming 42nd season.

Two stay-at-home parents, a pageant coach, and a veterinarian are among those who will compete to outwit, outplay and outlast their way to $1 million, CBS announced Wednesday.

The latest season of the reality television mainstay promises to be “one of the most intense versions” of “Survivor” in its 20-year history.

“This season continues to define a bold new era of the series with the return of risky beware advantages, game-changing twists, and a relentless pace that will push these castaways to their limits. Values will be tested and the players’ motivations highlighted when the fierce competition unfolds on the beautiful islands of Fiji,” the network said in a statement about “Survivor” Season 42. 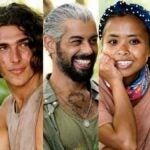 Also Read:
‘Survivor’ Season 41 Finale Recap: And The Winner Is…

Players will be divided into three tribes of six and “face a faster, more extreme” competition.

“The unpredictable situations will test even the strongest competitor, as food is scarce, rewards and supplies are minimal, and the mental and physical challenges force players to make impossible decisions and adjust their strategies, while still navigating the complex social game,” the statement added.

The 2-hour premiere of “Survivor” season 42 will air on CBS on March 9 at 8 p.m. Read a full list of the contestants below.