Iowa cop Sarah Lacina won $1 million live on CBS’ season finale of “Survivor: Game Changers” on Wednesday night (May 24), but will she be able to cash the check?

Thanks to some klutzy handling by two former champions, a corner of the check was torn before the new millionaire got her first look at the eight zeroes next to her name. (Watch the video, above)

After Jeff Probst handed her the money on national TV, but before she opened the envelope, TheWrap was with Lacina as she cracked open the (damaged) envelope to look inside.

As Lacina tells it, former “Survivor” champs (and millionaires themselves) Tony Vlachos and Sandra Diaz-Twine.

Watch Lacina get her first look at her damaged prize in the TheWrap’s exclusive video above.

For more of what you did not see inside and backstage at the “Survivor: Game Changers” finale, keep reading. 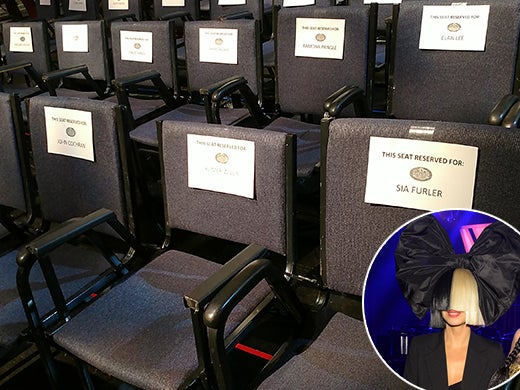 Sia and Rumer WIllis had prime seats reserved for them at the finale, though TheWrap did not see them in person. (Mikey Glazer)

Noted celebrity “Survivor” fan Sia – who crashed the live reunion show last May to give a contestant $100,000 of her own money – had a seat reserved in the front, right next to Probst’s family. Her seat card carried her legal name: Sia Furler. 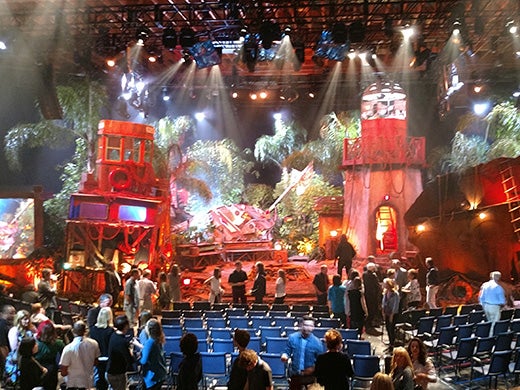 One aspiring female castaway tried recording her audition video on her phone in front of the stage before the show began. “I can’t speak,” she said, flustered and nervous in the choice location. 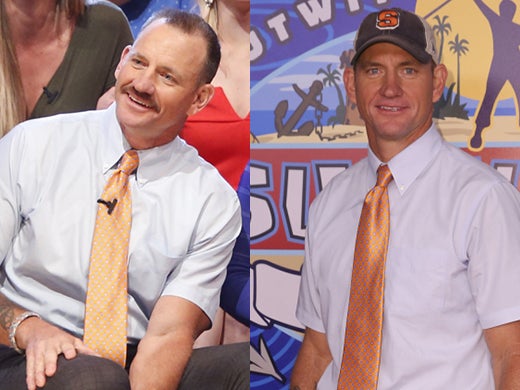 Retired NFL player Brad Culpepper not only lost to Lacina in the finals, he also lost his mustache soon after.

Sometime between the live reunion show ending at 8 p.m. (PDT) and the red carpet moments later, Culpepper’s facial hair disappeared. (One media personality backstage joked that he looked like a “Vice Principal”.)

Jeff Varner, the contestant who had the toughest night reliving the shame of outing transgender contestant Zeke Smith, must have wanted to be comfortable while squirming on the hotseat.

He was wearing flip-flops on stage. Male open toe shoes are usually verboten on sets. Gamechanger! 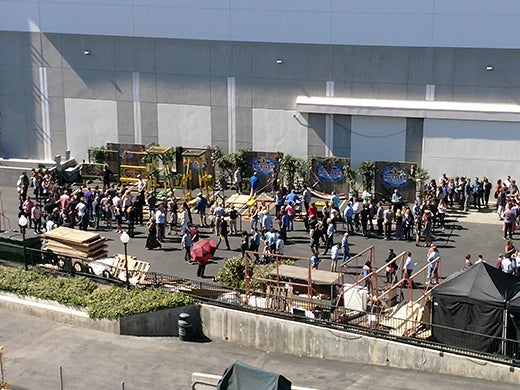 Challenge producer John Kirhoffer and his team produced a carnival of classic Survivor challenges outside the studio. Kids and fans got to try out some classics (after signing a waiver).  TheWrap overheard Kirhoffer telling a friend that he was headed back out to start testing new Challenges on Monday. 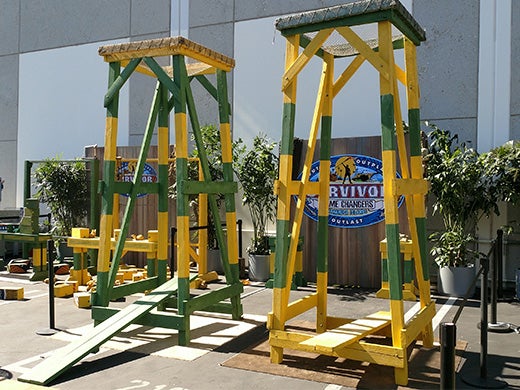 Nobody knows how much they made on the show.

Multiple finalists admitted they had no idea how much money they were getting for their non-first place finish.  “I don’t know what I won. Anything is a bonus,” said Troyzan Roberts (3rd place).

Aubrey Bracco (5th place) and Cirie Fields (6th place) also had no idea what they had won. This is unlike someone who does have money on their mind…

The man who has had his mind on money and money on his mind for 24 years was in the neighborhood on Wednesday night.

Any audience member who got lost on the way to the Survivor live show could have ended up at “Martha and Snoops’ Dinner Party.” They were shooting that next door on the lot and the two audiences checked in next to each other in a parking garage.

Billed for two seasons as a “social media marketer” from Cambridge, Mass, Aubry Bracco told TheWrap that she’s considering a move to Los Angeles, though she doesn’t necessarily share the same on-camera aspirations of most former reality stars.

“I like production of any kind,” said Bracco, a graduate of Brown and the elite Philips Exeter Academy. “I like to talk to people and tell their stories. I don’t have to be at the front of the camera like the pretty person talking, but I like the challenge of telling (stories) in different ways.  I think it’s called “a producer”.

Almost two years ago to the day, Troyzan and Culpepper lost another vote in this same exact CBS Studio on live TV.

Then, CBS revealed the results of a nation-wide fan vote to select the cast of an upcoming all-star season. America said no.

Near tears, Troyzan was left behind in the studio as cameras showed other former players boarding a bus and heading off to shoot in Cambodia.

“I was watching everyone get on the bus and I was on the losers’ bus,” Troyzan told TheWrap, reflecting on that night. “I knew ‘I’m going to get on this f’n show. It took me about a month (to recover). I would never want to do that again.”

A Sports Illustrated swimsuit photographer, he had just arrived in L.A. this time after shooting Kate Upton in Australia. He is now working on a photography book with other Swimsuit Issue alums.

A ”Real Housewives“ standout finally joins Forbes list at No. 7