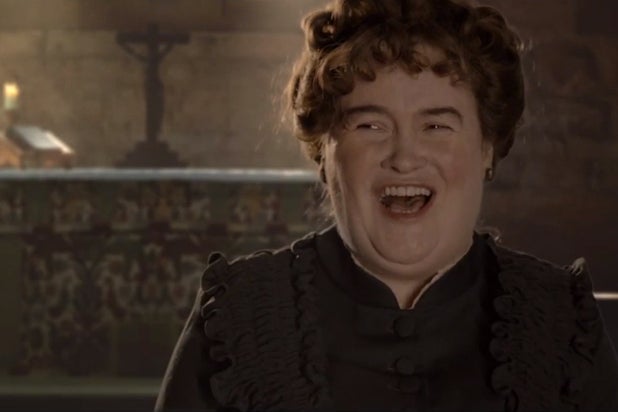 Christmas has come early this year for Susan Boyle and Rick Santorum fans.

The “Britain’s Got Talent” runner-up is set to make her feature film debut in “The Christmas Candle,” from EchoLight Studios, of which the Republican presidential nominee runner-up became CEO in June. The studio produces and distributes faith-based films.

“What better time to share an inspirational movie than at Christmastime?” the former Pennsylvania senator said in a statement.

“People want movies that inspire, and that’s what we can deliver. ‘The Christmas Candle’ reminds us that Christmas is not just about reindeer and shopping, it’s about hope and miracles.”

“Christmas Candle” is about an English village that is really into a candle that grants one wish every 25 years at Christmas time. Except that it’s 1890 and electricity is coming, which could end the Christmas Candle legend forever because no one who has electricity has ever also used a candle.

Boyle will play Eleanor Hopewell, the church warden’s wife. “The Christmas Candle” is set to hit theaters on Nov. 22.