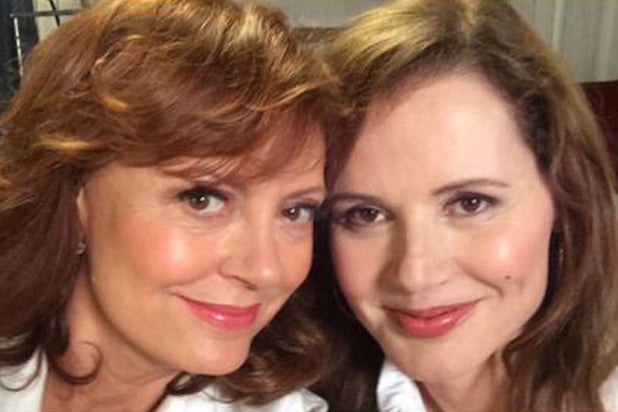 “Thelma & Louise” stars Susan Sarandon and Geena Davis might be one of the first duos to make the selfie a truly iconic moment, thanks to their Polaroid taking flight as their ’66 Thunderbird soared off a cliff.

More than two decades later, the pair proved they’ve not lost their touch when Sarandon posted a selfie of the two to Twitter on Thursday.

With the comment “Inventors of the selfie at it again #ThelmaAndLouise,” Sarandon, now 67, sent out the shot of her and Davis, 58, to her followers and sparked comparisons to the duo’s original shot. It may have been 23 years since the original, but Davis and Sarandon haven’t aged a day.

Released in 1991, “Thelma & Louise” — directed by Ridley Scott — became an instant classic, netting both women a Best Actress Oscar nomination and inspiring countless women to find their voice in the wake of their own experiences with rape and abuse. Plus, the film is responsible for officially introducing Brad Pitt to the world.