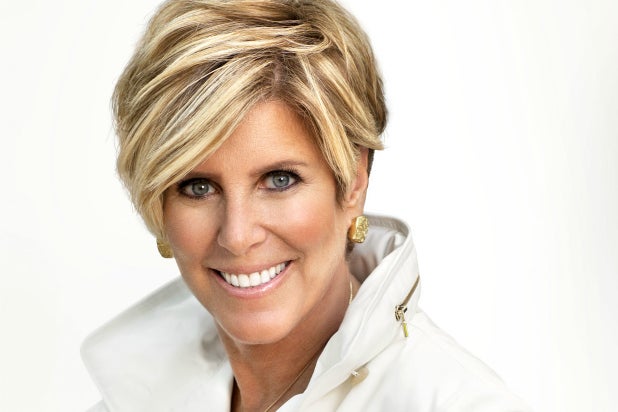 Suze Orman is leaving CNBC after 14 years. Of course, the financial responsibility champion wouldn’t leave a job without guaranteed employment, which Orman has in the form of a Telepictures show titled “Suze Orman’s Money Wars.”

“Suze Orman is one of the leading voices in personal finance.  For 14 years and 621 episodes to date, Suze has been a member of the CNBC family as a preeminent advocate for financial independence teaching viewers the importance of personal empowerment when it comes to money.  Her motto “People first, then money, then things” resonates not only through our hallways but through the universe.  Shortly, Suze will be making a big announcement about a new show that will take her from Saturday nights on CNBC to 5 days a week across America.  The last new episode of The Suze Orman Show will air March 28.  I want to personally thank Suze for her friendship and for her incredible contributions to CNBC.

“Please join me in wishing Suze the very best in the future.”

“Suze Orman’s Money Wars” will focus on families, friends and couples whose disputes about money are affecting their lives, Telepictures’ Warner Bros. said on Tuesday, following the CNBC departure announcement.

In her new gig, Orman will settle financial arguments and teach a few lessons along the way.

Orman ends her run as host of CNBC’s “The Suze Orman Show” in March 2015, finishing up as the longest-tenured program host in the network’s history. She regularly reached three million viewers per week in that role.

She is also the author of nine consecutive New York Times best sellers. She has co-produced and hosted eight specials for PBS based on those books.