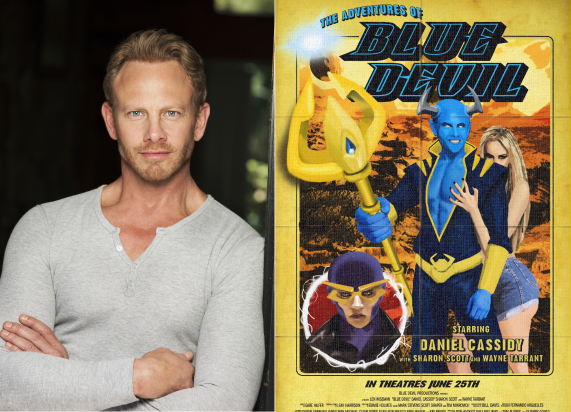 Ziering will play Daniel Cassidy in the DC Universe series in a recurring role.

Stuntman-turned-movie star Daniel Cassidy became semi-famous after playing the demonic Blue Devil. But now, eight years later, Cassidy finds himself living out his days in frustration, pining for his former fame while on a collision course with destiny. In the comics version of the story, that includes Cassidy becoming physically bonded with the Blue Devil suit, complete with an exoskeleton, he used for the “Blue Devil” movie that exists in the “Swamp Thing” universe.

Per DC Universe, “Swamp Thing” follows Abby Arcane as she investigates what seems to be a deadly swamp-born virus in a small town in Louisiana but soon discovers that the swamp holds mystical and terrifying secrets. When unexplainable and chilling horrors emerge from the murky marsh, no one is safe.

“Swamp Thing” is executive produced by James Wan, Mark Verheiden, Gary Dauberman, Michael Clear and Len Wiseman. “Swamp Thing” is based on DC characters created by Len Wein and Bernie Wrightson. Rob Hackett is co-producer. The series is produced by Atomic Monster in association with Warner Bros. Television. The pilot is written by Verheiden and Dauberman, and Wiseman is set to direct.

“Swamp Thing” is one of several live-action series coming to the digital platform DC Universe, including “Stargirl,” “Doom Patrol,” a revival of the Cartoon Network series “Young Justice,” the live-action Lois Lane-Lex Luthor series “Metropolis,” and an animated Harley Quinn series. The streaming service debuted “Titans,” its first series, in October, which has already been given a second season.

Ziering, along with Tara Reid, has starred in all six “Sharknado” films that aired on Syfy.