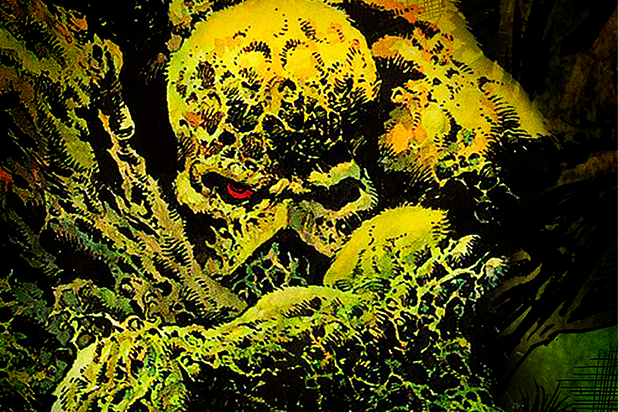 Part humanoid, part plant and mystical defender of botanical life on earth the Swamp Thing will soon be coming to the small screen.

The upcoming DC digital service DC Universe, set to launch later this year, has announced a script-to-series order for “Swamp Thing,” a live-action adaptation of long-running DC Comics character. The one-hour series is expected to release in 2019. Mark Verheiden and Gary Dauberman will write the series.

“Swamp Thing” follows CDC researcher Abby Arcane, who returns to her childhood home Houma, Louisiana, to investigate a deadly swamp-borne virus. She develops a relationship with scientist Alec Holland, only to have him tragically taken away. Abby will discover both horrifying and wondrous secrets in the swamp — and learns her potential love might not be dead after all.

Created by Len Wein and Bernie Wrightson in 1971, Swamp Thing debuted in DC’s “House of Mysteries,” followed by an ongoing “Swamp Thing” series launched the next year and running through 1976. DC revived “Swamp Thing” in 1982, with the second series notable for launching the career of “Watchmen” creator Alan Moore in the United States. Moore’s run on the series introduced the idea that Swamp Thing is a member of the Parliament of Trees, a group of “plant elementals” who protect plant life on earth, with the Alec Holland-version only the latest to assume the role.

Swamp thing has previously been adapted as a 1982 film directed by Wes Craven, a USA Network series from 1990-1993, and in various animated DC productions.