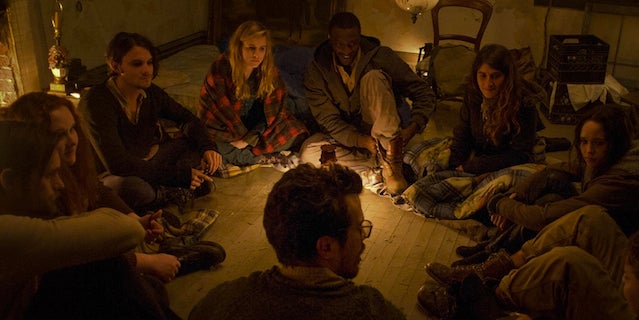 The South by Southwest Film Conference and Festival announced on Wednesday that  Zal Batmanglij and Brit Marling's "The East" has been selected as the closing night film, while organizers also unveiled the complete conference lineup with the addition of A Conversation with Danny Boyle.

"The East," which premiered at the Sundance Film Festival last month, was co-written by and stars Marling as an operative for an elite private intelligence firm that is tasked with infiltrating an anarchist group responsible for covert attacks on major corporations.

Alexander Skarsgard, Ellen Page and Patricia Clarkson co-star in the thriller, which is director Batmanglij's second collaboration with Marling. Their first, "Sound of My Voice," was selected for the 2011 SXSW festival.

The addition of "The East" makes a total of 133 features being presented at this year's festival — 78 of which are world premieres, 13 are North American premieres and nine are U.S. premieres. The festival in Austin, Tex., opens on March 8 with the world premiere of Don Scardino’s "The Incredible Burt Wonderstone," and run through March 16.

The conference portion running simultaneously with the film festival will feature over 150 sessions between March 8 and March 12. Of the additional panels announced today, "127 Hours" director Boyle will discuss how he brings his vision to a worldwide audience and screen footage from his upcoming release, "Trance." Rob Zombie will have a conversation about how he established his unique voice across several mediums, while Harmony Korine will discuss his latest film, "Spring Breakers."

Other panels unveiled include Joss Whedon with the cast of his Shakespeare adaptation, "Much Ado About Nothing," along with Sarah Silverman and Michael Cera discussing the artistic freedom that comes with YouTube during the JASH comedy conference.

Click here to see the full schedule of events and panels during the 2013 SXSW Film Conference and Festival.