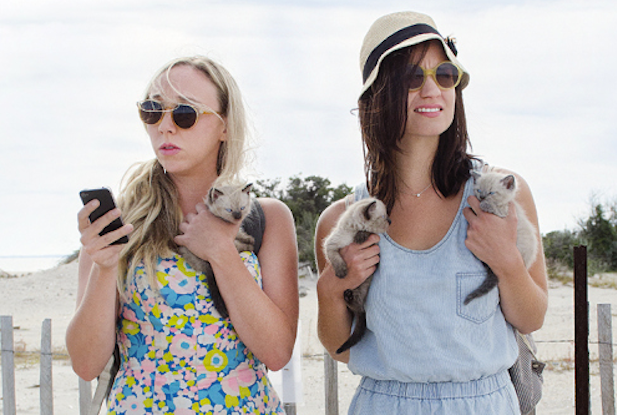 “Fort Tilden,” a movie about hipster girls who take an expedition into “Deep Brooklyn,” won the grand jury award for Best Narrative Feature at the South by Southwest Film Festival Tuesday night. “Fort Tilden” competed against seven other films for the prize, which was handed out at a ceremony in Austin hosted by comedian Jerrod Carmichael.

Self-obsessed young professionals in New York appear in several movies at this year’s festival, perhaps a reflection of the success Lena Dunham, whose “Girls” depicts that world, has had since bringing “Tiny Furniture” to Austin in 2010.

“Animals” writer David Dastmalchian won the “Courage in Storytelling” special jury award for his movie about a homeless couple who con people to make money.

On the documentary side, “The Great Invisible,” a tale of how the BP oil spill affected a range of characters, won the grand jury prize. While that film had its own political charges, the jury recognized “Vessel,” a film about a woman who provides abortions at sea, for “political courage.”

Audience Awards will be given out Saturday.

Here are the other winners:

MUSIC VIDEOS Winner: Joel Compass, “Back to Me” Director: Ian and Cooper