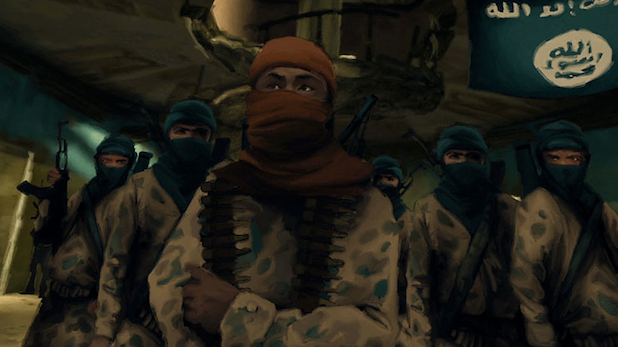 FilmBuff has announced it will release the SXSW documentary “Last Hijack” in theaters and on VOD this summer.

Directed by Tommy Pallotta (producer of “Waking Life” and “A Scanner Darkly”) and Femke Wolting, the film combines animation and documentary filmmaking to portray the powerful story of a Somali pirate as he hijacks ships off the coast of Africa while also struggling to become the father figure that his family needs.

The film was produced by Wolting and Submarine’s Bruno Felix.

“Last Hijack” takes an innovative hybrid approach to explore how one Somali pirate –Mohamed — came to live such a brutal and dangerous existence. Animated re-enactments exploring Mohamed’s memories, dreams and fears from his point of view are juxtaposed with raw footage from his everyday life in an original non-fiction narrative. Mohamed is one of Somalia’s most experienced pirates. But in his homeland, a failed state, Mohamed is just another middle-aged man trying to make ends meet. He must decide whether to risk everything for one last hijack.

“Mohamed’s is a journey that needed to be told,” Pallotta and Wolting said in a joint statement. “We always wanted to tell the story of piracy from the Somali perspective while also highlighting the realities of survival in a failed state. FilmBuff’s expertise and enthusiasm in the digital space makes them the ideal partner to bring this film to audiences everywhere and expose them to the little known truths behind piracy in the headlines.”

“Femke and Tommy are pioneers in the digital and transmedia spaces and we are thrilled to be working with them on ‘Last Hijack,'” said Steven Beckman, FilmBuff’s head of content partnerships. “The film is incredibly powerful in its portrayal of piracy, but ultimately is a human story about survival, morality and family that we know will connect with universal audiences. Weaving between verite and gorgeous animation sequences reminiscent of Tommy’s work in ‘A Scanner Darkly’ and ‘Waking Life,’ ‘Last Hijack’ demands a sophisticated and creative rollout, which FilmBuff is excited to implement.”

The deal was negotiated by FilmBuff’s Beckman and Match Factory’s Jenny Walendy and Julien Razafindranaly on behalf of the filmmakers.