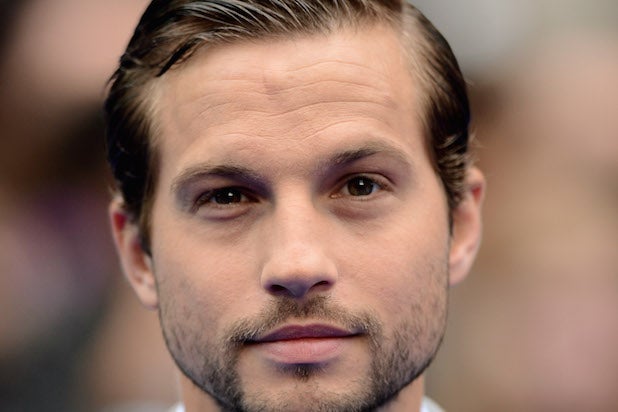 SXSW has announced its midnight movie lineup as well as its short films program. Nine of the eleven midnight movies are world premieres, while 106 shorts were selected from a record 4,935 short film submissions, an overall increase of 16% from 2014.

NARRATIVE SHORTS
A selection of original, well-crafted films that take advantage of the short form and exemplify distinctive and genuine storytelling. The winner of our Grand Jury Award in this category is eligible for a 2015 Academy Award nomination for Best Narrative Short.

09:55 – 11:05, Ingrid Ekman, Bergsgatan 4B (Sweden)
Directors: Cristine Berglund, Sophie Vukovic
67-year old Ingrid has decided to deal with cancer on her own. She retreats from the outside world and it retreats from her – apart from sporadic visits from the home care services. But then home care employee Frida knocks on her door and awakens feelings that Ingrid can’t shut out.

Actresses
Director: Jeremy Hersh
Follows the relationship between a 23-year-old aspiring actress and an off-broadway star.

Aspirational
Director: Matthew Frost
In Aspirational, a short film for fashion magazine Vs., Frost takes aim at selfie culture with the help of Kirsten Dunst.

Baby
Director: Samuel Aaron Bennett
Naomi’s got a problem. The vodka in the hotel mini-bar may not be the answer, but it helps her escape a reality she won’t face, at least for a little while. (World Premiere)

Followers (Australia/UK)
Director: Tim Marshall
We all need something… or someone to follow.

Guest Room
Director: Joshua Tate
A young woman with Down Syndrome (Glee’s Lauren Potter) grapples with intimacy, identity, and adulthood after an unplanned pregnancy with her boyfriend. (World Premiere)

HALLWAY
Director: Leah Shore
Shot exclusively in a secret sex club in New York City, a drug-induced couple unleash upon each other an existential barrage of delusion and broken dreams. (World Premiere)

Myrna the Monster
Director: Ian Samuels
A heartbroken alien dreamer from the moon transitions into young adult life in Los Angeles like any other twentysomething.

Pink Grapefruit
Director: Michael Mohan
A young married couple brings two of their single friends out to Palm Springs for a long weekend. It does not go as planned.

Share
Director: Pippa Bianco
A 15-year-old girl returns to school after someone shares an explicit video of her. (World Premiere)

Teenland (Denmark)
Director: Marie Grahtø
Teenland is neo-kitsch fantasy about incarcerated teens so fucked up emotionally that they have developed supernatural powers – like all teenagers really. It’s time to release the teens of the world. (World Premiere)

What Doesn’t Kill You
Director: Darya Zhuk
After a rare diagnosis, Lily’s attempts to flee from war torn Israel are thwarted when the airport shuts down and her zany cousin forces her to party. (World Premiere)

Bob Spells Backwards
Directors: Josh Polon, Ryan Maxey
Bob has this superpower he can do most of the time. (World Premiere)

El Porvenir
Directors: Josh Chertoff, Alfredo Alcantara
El Porvenir tells the story of Abelardo Olguin, a third-generation cockfighter struggling to hold on to his family’s way of life in the face of a growing movement to ban the sport across the Mexican states. (World Premiere)

Every Day
Director: Gabe Spitzer
At 86, Joy Johnson was the oldest woman to run the 2013 New York City Marathon. This is the story of an inspiring athlete with an uncommon passion for her sport, and for life.

Growth
Director: Mishka Kornai
An ode to the universality of life and its phases, through a collection of personal stories shared by unique individuals. (World Premiere)

THE LAST MILE
Director: Ondi Timoner
61% of California inmates return to prison within 3 years. The Last Mile program at San Quentin Prison helps offenders become entrepreneurs, training them to start their own companies, despite being denied access to computers & the Internet. (World Premiere)

The Little Deputy (Canada)
Director: Trevor Anderson
Trevor tries to have a photo taken with his father.

Love Has No Age
Director: Eli Born
A love story reunion between a woman who joined a Cult called, “The Source Family”, and a legendary rock photographer. (U.S. Premiere)

Picturing Barbara Kruger
Director: Pippa Bianco
How do you make a film about the artist’s image without using it? (World Premiere)

Spearhunter
Directors: Adam Roffman, Luke Poling
In the wilds of rural Alabama, a spear-hunter proclaims himself “world’s greatest”, erecting a museum dedicated to his bizarre obsession. An offbeat cast of lovers and acolytes remember his tactics both for killing and for leaving a legacy. (World Premiere)

Terms of Intimacy
Director: Melissa Langer
A glimpse into the emerging industry of professional cuddling and the lives of the clients that use this service. (U.S. Premiere)

Tiger Hood
Director: Christopher André Marks
Patrick Barr has a passion for golf, what he doesn’t have are fairways or golf balls. Undaunted, Patrick a.k.a. “Tiger Hood,” swings his way to self-acceptance on the streets of the Lower East Side of Manhattan. (World Premiere)

unmappable
Directors: Diane Hodson, Jasmine Luoma
Weaving together the life and work of iconoclastic psychogeographer and convicted sex offender, Denis Wood, this meditative portrait unveils the inner workings of a man who unapologetically pushes boundaries both personally and professionally.

An assortment of stories told using a mix of traditional animation, computer-generated effects, stopmotion, and everything in-between. The winner of our Grand Jury Award in this category is eligible for a 2015 Academy Award nomination for Best Animated Short.

All Your Favorite Shows!
Director: Danny Madden
Anything you wanna watch in the palm of your hands! Crazy convenient. Crazy. . . (World Premiere)

Half Wet (UK)
Director: Sophie Koko Gate
We are all born as wet as a banana, 75% water.

LAVA
Director: James Ford Murphy
Inspired by the isolated beauty of tropical islands and the explosive allure of ocean volcanoes, LAVA is a musical love story that takes place over millions of years.

PALM ROT
Director: Ryan Gillis
An old crop-duster discovers a mysterious crate floating in the Florida Everglades. Bringing the crate onto his airboat is just the first in a series of decisions he learns to regret.

Roadtrip (Germany)
Director: Xaver Xylophon
Julius can’t sleep. To get his head empty he decides to go on a roadtrip, but somehow he can’t manage to leave. A hand drawn film about failure, insomnia, a red motorbike, pretty bargirls, the desolateness of Berlin and waterproof socks.

World of Tomorrow
Director: Don Hertzfeldt
A little girl is taken on a mind-bending tour of her distant future.

Bite-sized bits for all of your sex, genre, and hilarity needs.

Bag Man
Directors: Josh Baker, Jonathan Baker
Bag Man is the understated story of a 12 year old African American boy, who takes us on an introspective journey out of the city and into the remote countryside of upstate New York, with a mysterious duffle bag in hand. (World Premiere)

Interesting Ball (USA/UK)
Director: DANIELS
A red ball bounces past a cafe and a couple folks’ houses and then goes to the beach.

Kiss Kiss Fingerbang
Director: Gillian Wallace Horvat
A nice guy discovers a darker side of his personality when his girlfriend reveals her hidden weakness. (World Premiere)

Knock Knock
Director: Jeff Betancourt
Val and her friends play a game that allows them to communicate with the dead. The Knock Knock Game turns any doorway into a portal to the hereafter, but the girls soon learn that there are rules that should never be broken. (World Premiere)

Le Pédophile (Canada)
Director: Ara Ball
Le Pédophile tells the hard hitting story of a woman coping with a history of being sexually abused, and the violence and tenderness which helps her leave it behind. (World Premiere)

Hercules and Love Affair – “I Try to Talk to You”
Director: David Wilson

An offshoot of our regular narrative shorts program, composed of work shot in, about, or somehow relating to the Lone Star state.

+ / –
Directors: Andy Irvine, Mark Smoot
A young couple examines their relationship as they await the result of a pregnancy test. (World Premiere)

Carne Seca
Director: Jazmin Diaz
Brothers David and Oscar Juarez have until sunset in rural Mexico to turn a profit on their father’s business, or face the consequences of his belligerence. (World Premiere)

Detective Calzone
Director: Austin Tolin
When a new piece of evidence arrives for an unsolved case, Detective Lenny Calzone decides to put in a late night at the crime lab. (World Premiere)

The OceanMaker (USA/Belize)
Director: Lucas Martell
After the seas have disappeared, a courageous young female pilot fights against vicious sky pirates for control of the last remaining source of water: the clouds.

The Samaritans
Director: John Bryant
A salesman faces the most difficult and important negotiation of his life. (World Premiere)

Woman of the World
Director: Allison Cook
On a visit to Los Angeles, Rachel has an encounter with a celebrity that reminds her she is right where she belongs. (World Premiere)

as needed.
Director: Jonah Goldberg
A boy who has trouble with controlling his anger begins to take medication, but not everyone agrees with this choice.

Dolls
Directors: Katie Dai, Rachel Davis
Dolls is the story of two girls getting ready for a party in conventional – and unconventional! – ways.

Evelyn Parker
Director: Gretchen Lynch
Evelyn Parker is a short kids film about a nine year old girl who realizes she might just need math to make it big in the fashion world.

Five Words
Director: Abbey Perez
During her college application process, Mira must constantly brag about herself, but she can’t think of anything good to say. In this coming-of-age story, Mira relies on help from her friends to figure out what makes her special.

Greg The Magnificent
Directors: Umar Qadeer, Nick Chaviers
Greg The Magnificent follows Greg Smith, an under-appreciated kid who is constantly picked on.  A magic kit mysteriously arrives at his front door that motivates him to become “someone.”

Grief
Directors: Garrett Monk, Calvin Herbst
A short film illustrating the Kübler-Ross model, commonly known as the 5 stages of grief. The film reflects each stage through a group of friends as they struggle to overcome the loss of someone close to them.

Home
Director: Caitlin O’Brien
Home is a dramatic science fiction short about a young girl who is faced with the frailty of life and the humanity of home.

It’s A Thing
Directors: Meredith Morran, Sage McCommas
A short exploration of two quirky high school students with irrational fears. They find each other and the power of love.

It’s Really Odd
Directors: Elisabetta Diorio, Joshua Leftwich
A hopelessly romantic eighth-grader finds herself about to experience what she once admired from a safe distance on a black-and-white screen.

Just Your Average Joe
Directors: Pearl Basinski, Jade Basinski
Life is a long dark tunnel and you’re the light at the end.

KERS
Director: Alexia Salingaros
KERS is a short documentary on a female graffiti artist. Braving the general public’s critical eye, she reveals her talents and takes us through the struggles she faces in her art form.

Luminosity
Director: Alexia Salingaros
In a fast-deteriorating world, a lonely hero must join together with an unlikely crew of misfits to uncover a secret and save their dying civilization.

Noel
Director: Michael Morrison
Noel is a dramatic film representing the immature and irrational decision of a teen who is maltreated.

The Passion of the Mime
Director: William Hoinoski
An aging detective and his rookie partner stumble upon a unique crime scene.

Turtle: A Super 8 Short Film
Director: Cameron Fisher
In a wordless tale, a lonely boy’s heartfelt encounter with an unexpected visitor (a tortoise) develops into an unlikely friendship based on trust.