It’s no secret that the Internet loves Nicolas Cage. The actor’s deep commitment to excitable, often distressed characters is fodder for countless memes and GIFs. And we mean countless.

The directors and co-star of his latest effort, a pot-boiler called “The Trust” making the rounds at this year’s South By Southwest conference in the film block, visited TheWrap’s Austin, Texas, studio and revealed that Cage is more than in on the joke.

“He’s deeply aware of that, and not afraid to talk about it. In a way, I think he does feel a sense of pride because ultimately whether people are creating a meme about his work, they’re appreciating it,” said Elijah Wood, who plays an embittered crime scene investigator planning a heist with Cage’s world-weary police officer.

“It’s all appreciation, it’s all love. There’s a whole generation of people who are post-Internet and they all love him. Because there’s no one like him,” Wood explained.

“We would emphasis that a lot of stuff is pure affection,” Ben said. “But as a filmmaker you think — it challenges you because he’s tracking his character in a way that’s very sophisticated. You have to get on his level.”

Cage’s shareability also gave “The Trust” some buzz prior to its Sunday SXSW premiere — the first time feature directors had their movie poster made over by the actor’s digital diehards to look like the Super Mario Bros. 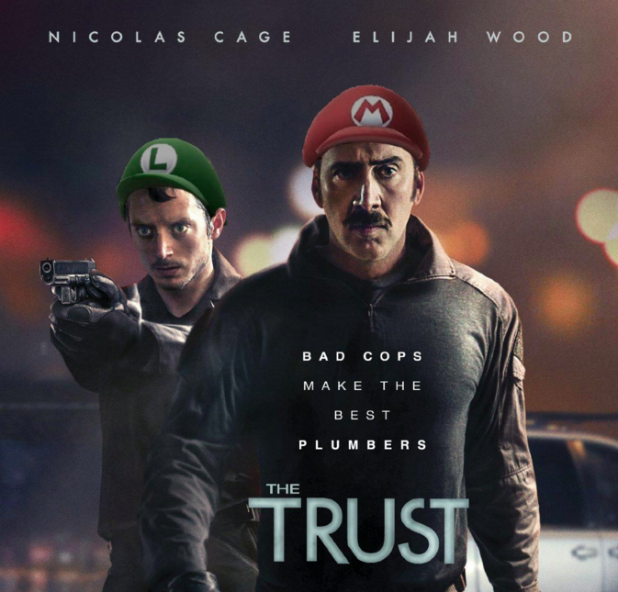