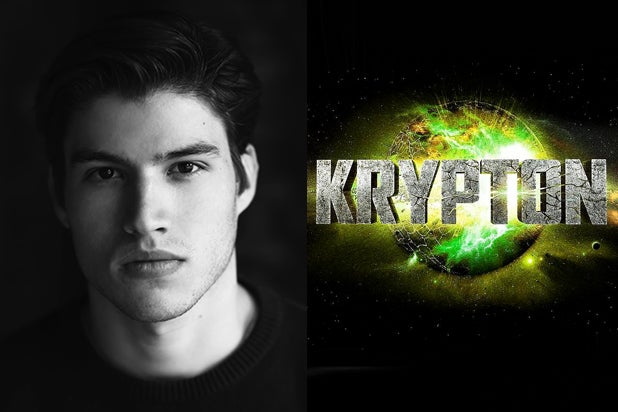 Newcomer Cameron Cuffe has been cast in the role of the Kryptonian destined to be the ancestor of Jor-El (future father of Superman) and Kal-El (the future Superman). Seg-El is the scion of the once prosperous El family and is blessed with an intuitive brilliance for all things technical; he is now living in Krypton’s lowest caste after his family was stripped of its rank.

The Warner Horizon Television and DC Comics one-hour drama, which has been in development at the cable network since 2014, is set two generations before the destruction of the legendary Man of Steel’s home planet. “Krypton” will follow Superman’s grandfather — whose House of El was ostracized and shamed — as he fights to redeem his family’s honor and save his beloved world from chaos.

Damian Kindle will serve as executive producer and showrunner. Colm McCarthy will direct.

Ian Goldberg wrote the “Krypton” pilot for Warner Horizon Television and DC Comics, which is based on a story he and David S. Goyer created.

“We’re treating ‘Krypton’ like it’s a historical piece,” Goyer said previously of the project. “We look to previous cultures on Earth to model what that would be like.”

Cuffe is a graduate of The Lir Academy in Dublin, Ireland, and most recently appeared in the Stephen Frears-directed feature film “Florence Foster Jenkins,” starring Meryl Streep. Cuffe also has a recurring role in ITV’s upcoming period drama “The Halcyon.”