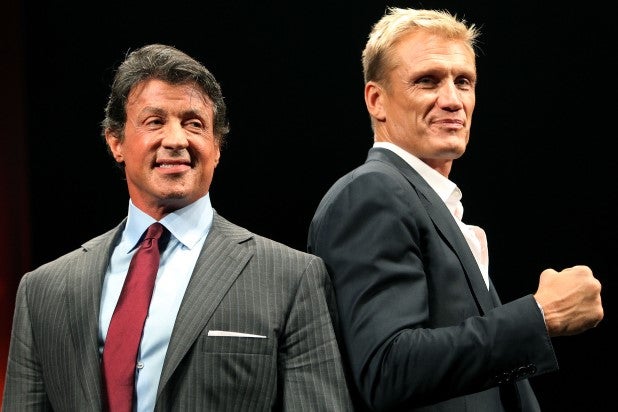 CBS has given a put pilot order to Sylvester Stallone and Dolph Lundgren’s one-hour drama “The International,” according to a person familiar with the situation.

Lundgren is set to star as a Anders Soto, who is described as part negotiator, part international spy. He is a one-man covert black-ops team working for the U.N., called in to find asymmetrical solutions to the world’s most delicate and complex problems.

Stallone is set to direct, while Ken Sanzel will write and executive produce. Lundgren will produce, and Stallone will executive produce for Balboa Productions along with Braden Aftergood, Tony Krantz of Flame Ventures and Craig Baumgarten. CBS Television Studios is the studio attached.

A put pilot order means that the network has agreed to produce and air the pilot episode, or pay a penalty if they later choose not to.

Lundgren and Stallone have previously worked together on projects including 1990’s “Rocky IV,” in which Lundgren played the Soviet boxer Ivan Drago, a role he reprised in “Creed II.”

They also both starred in “The Expendables” franchise. Lungren’s recent projects include an episode of “It’s Always Sunny in Philadelphia,” playing King Nereus in “Aquaman,” and playing Konstantin Kovar on the CW’s “Arrow.”

Along with “Creed II,” Stallone was recently seen in “Rambo: Last Blood” and playing himself in an episode of NBC’s sitcom “This Is Us.”