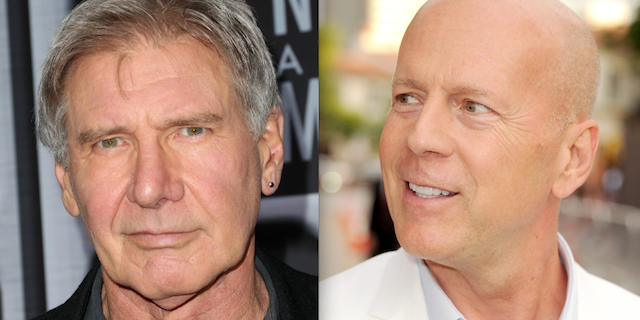 Sylvester Stallone announced on Tuesday that Harrison Ford is in "The Expendables 3" and Bruce Willis is now out.

The creator of the blockbuster action franchise took to Twitter to announce the news, as well as do a little venting about his suddenly sour relationship with Willis.

GREEDY AND LAZY …… A SURE FORMULA FOR CAREER FAILURE

Willis previously played Church, the man who hired the expendable mercinary crew for missions. It's unknown what Ford's role will be.

Stallone and Willis' rep did not yet respond to TheWrap's request for comment.

The third installment of a franchise better known for its cast than story will also include newcomer Kellan Lutz ("Twilight"), while Stallone has previously hinted on Twitter that action veterans Mel Gibson, Steven Seagal, Jackie Chan and Wesley Snipes are on board, too.