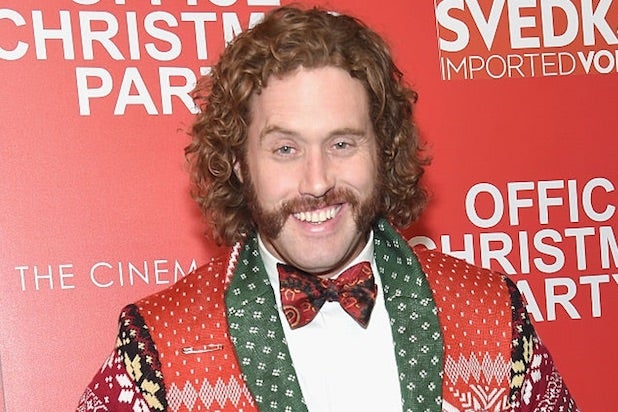 T.J. Miller has fired back at the assault and battery lawsuit brought against him by a driver over an alleged December incident, saying that the driver is trying to extort him.

In an answer to the lawsuit filed Monday, the “Silicon Valley” Miller issued a general denial of the allegations, filed by Wilson Deon Thomas III, and offered an affirmative defense that takes aim at Thomas.

“From the moment Mr. Miller stepped into Mr. Thomas’ vehicle and he recognized Mr. Miller as a comedian and Hollywood actor, Mr. Thomas started a plan to try and extort money from Mr. Miller, even commenting that Mr. Miller was ‘a rich guy,'” the answer, filed in Los Angeles Superior Court, reads. “Indeed, Mr. Thomas is no stranger to making up stories, creating fictitious injuries, seeking work restrictions and trying to hold others responsible by filing lawsuits against them.”

Miller’s answer went on to accuse Thomas of filing a similar lawsuit against his former employer General Aviation, “when he claimed an ankle injury, sought ‘work restrictions,’ and then sued his employer for wrongful termination, among other causes of action.”

The previous lawsuit, the answer continued, “was quickly disposed of, and was clearly an attempt to manipulate fact and injury for his personal profit.”

“Here, when Mr. Thomas looked at Mr. Miller and his wife through his rear view mirror, he saw nothing but dollar signs and was determined to get his,” the answer stated, going on to characterize the lawsuit as “a money grab and a complete waste of time and judicial resources.”

A Los Angeles Police Department spokesperson told TheWrap last year that Miller was arrested on a battery charge at approximately 1 a.m. on Dec. 9, after his driver placed him under arrest.

Miller got into an argument about president-elect Donald Trump with his Uber driver after the actor attended the GQ Man of the Year party. The driver claimed that Miller slapped him, TMZ reported. According to TMZ, the driver didn’t have any visible injuries.

Thomas sued Miller in late December, claiming that Miller binged on nitrous oxide and struck Thomas on the head and shoulder after accusing him of being a Donald Trump supporter, according to TMZ. Thomas went on to claim that he slammed on the brakes, resulting in whiplash.