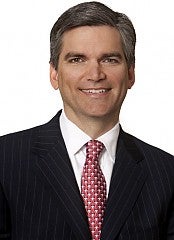 Smith had been CEO of the U.S. division of RBI, which owns Variety and Publishers Weekly, among several other trade publications.

In July, RBI announced it would be replacing Smith as the company also decided to put most of its U.S. publishing arm up for sale.

Smith, who will start on Sept. 1, will oversee Newsday Media Group and News 12 Networks and will report to Cablevision COO Tom Rutledge.

"For the past decade, Tad has successfully transformed traditional print businesses of significant scale and complexity into high-performing new media assets," Rutledge said in a statement."

"Newsday and News 12 Networks both have a longstanding history of delivering diverse, quality content to the local communities they serve," said Smith in a statement. "There are tremendous opportunities to bring together their extraordinary expertise and to maximize their unique print, online and programming resources."