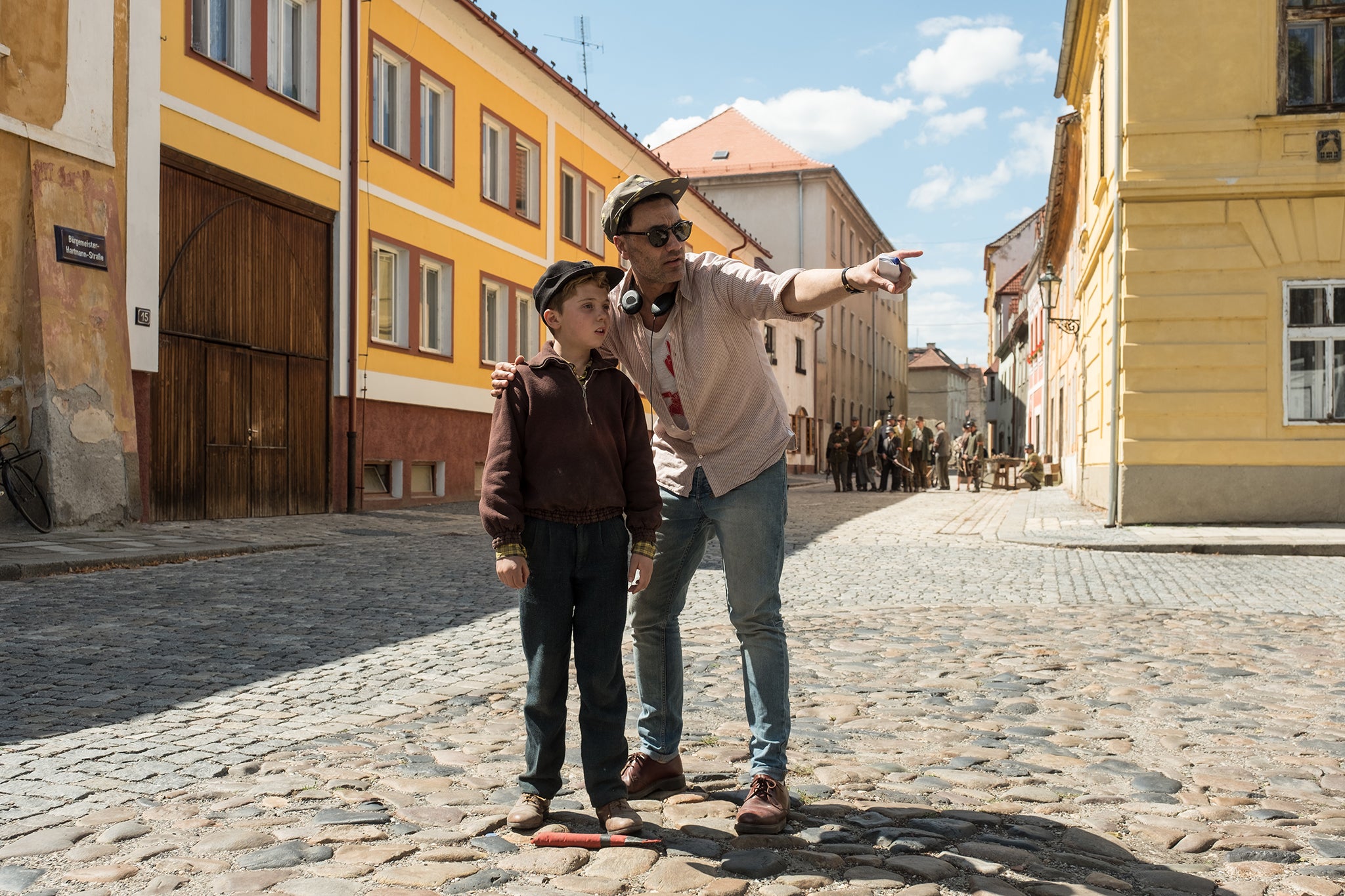 The Directors Guild of America’s feature-film nominations contain a lineup of acknowledged masters including Martin Scorsese for “The Irishman,” Quentin Tarantino for “Once Upon a Time … in Hollywood,” Sam Mendes for “1917” and Korean auteur Bong Joon Ho for “Parasite.”

Taika Waititi may not have been mentioned in their company when he was best known for making comedies and horror flicks like “What We Do in the Shadows” and “Hunt for the Wilderpeople,” but he joined the ranks of those other directors on Tuesday morning when the Directors Guild nominated him for “Jojo Rabbit.”

But the slate of nominees also means that the DGA will face some of the same questions that were aimed at the Hollywood Foreign Press Association when it nominated an all-male slate of directors for the Golden Globe.

“Little Women” writer-director Greta Gerwig would have been the likeliest woman to receive a nomination, though you could also make a case for Lulu Wang for “The Farewell,” Alma Har’el for “Honey Boy,” Mati Diop for “Atlantics,” Celine Sciamma for “Portrait of a Lady on Fire” and several others.

But the DGA did nominate Har’el, Diop and Melina Matsoukas (“Queen & Slim”) in its first-time feature category, along with Joe Talbot for “The Last Black Man in San Francisco” and Tyler Nilson and Michael Schwartz for “The Peanut Butter Falcon.”

The Directors Guild was the last of the four major Hollywood guilds to announce its nominees, following the Screen Actors Guild, the Writers Guild and the Producers Guild. Three films — “The Irishman,” “Jojo Rabbit” and “Parasite” — have now received nominations from the DGA, PGA and WGA, as well as a SAG ensemble nomination. “Once Upon a Time … in Hollywood” was nominated by the DGA, PGA and SAG, and would certainly have been nominated by the WGA if it had been eligible.

Almost invariably, four of the five DGA nominees go on to receive Oscar nominations for Best Director. The only exceptions in the last 12 years came in 2010, when all five matched; 2012, when an eccentric slate of Oscar nominees only produced two matches; and last year, when three of the five aligned.

Since the Directors Guild began handing out awards in 1948, the DGA winner has also won the Oscar all but seven times.

Quentin Tarantino
“Once Upon A Time … in Hollywood”
(Columbia Pictures)