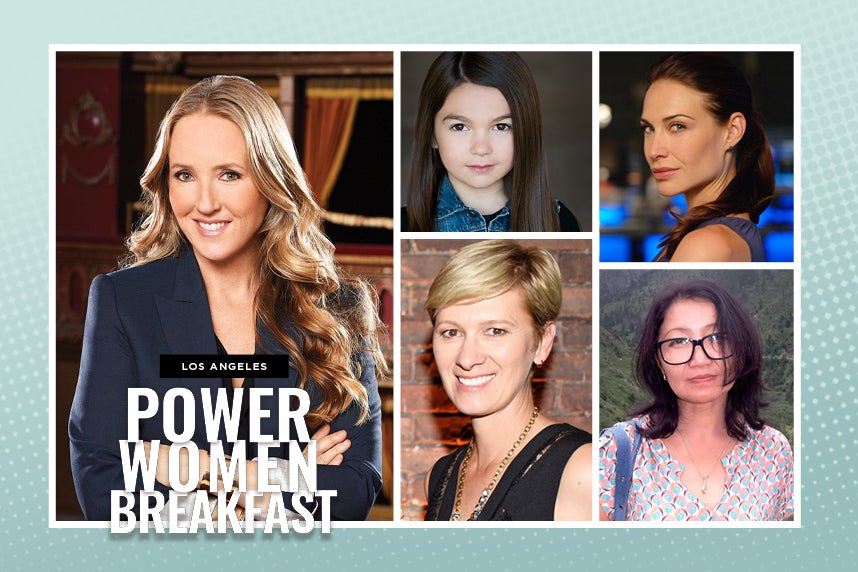 TheWrap is pleased to announce a landmark gathering of industry voices committed to positive change and influencing society’s response to sexual assault at the Power Women Breakfast LA on Thursday October 26.

The program will include the panel: “Embracing Inclusion: Telling Stories that Champion the New Narrative,” that will feature NBC Entertainment chief Jennifer Salke.

Survivors of sexual assault or harassment will speak at the event including journalist Lauren Sivan, actress Claire Forlani and a soon-to-be-named prominent figure. Numerous guests of honor who have survived sexual assault in Hollywood will also be present in the audience.

“We must use this opportunity to have an honest conversation about the allegations of sexual assault rocking our industry,” said Wrap founder and CEO Sharon Waxman. “We are committed to working together to listen to survivors and move to create the change needed for a healthier ecosystem in Hollywood.”

The breakfast will offer two panels devoted to creating positive change, including a conversation about embracing inclusivity in storytelling that will include NBC Entertainment chief Jennifer Salke.

A courageous group of sexual assault and harassment victims including actress Claire Forlani, Fox 11 news anchor Lauren Sivan and others to be named will talk about how to encourage a gender-balanced landscape where women can thrive.

The day will also feature rising star Brooklynn Prince, actress in “The Florida Project” and Courage in Journalism Award-winner Saniya Toiken of Radio Free Europe/Radio Liberty, Kazakhstan, where journalists are routinely threatened, beaten, or killed because of their work.

The speaker program will be followed by a special #MeToo Town Hall that will be live streamed and moderated by Producer Hilary Shor and Producer, Director and Photographer Jeff Vespa. An expert panel will offer actionable steps for dealing with difficult situations of sexual assault and harassment in the workplace and an open forum for sharing stories in a safe environment. Confirmed speakers include Greenberg Glusker Partner Priya Sopori and Women in Media Executive Director Tema Steig and others to be announced.

A live auction to benefit the Joyful Heart Foundation, a national organization aiding women victims of sexual violence will take place during the event. Founded by Mariska Hargitay, their mission is is to transform society’s response to sexual assault, domestic violence, and child abuse, support survivors’ healing, and end this violence forever.

Connecting and inspiring the leading influential women of entertainment, media, technology and brands in the key cities where those women work, create, gather, network and connect.

TheWrap in 2017 has brought its successful Power Women franchise to DC, SF, NY, and now LA, building a broad network and community of professional women who are decision-makers and mothers, leaders and wives, innovators and activists.