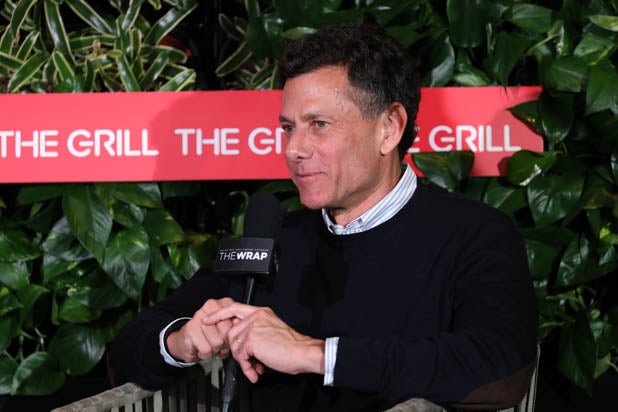 Take-Two’s stock price dropped 8% after posting its Q3 earnings on Thursday afternoon, with the gaming giant falling short of net bookings and earnings estimates. But CEO Strauss Zelnick, in a brief interview with TheWrap, didn’t mince words when asked about the company’s performance: “We crushed the third quarter and we’re crushing the year.”

For Take-Two’s third quarter, representing the holiday season, the company posted net bookings of $888.2 million — about $32 million below analyst estimates — and earnings per share of $1.43, which was 7-10 cents below most projections. Revenue of $930 million topped estimates of about $918 million and came in about $70 million above its Q2 performance.

The results, at first blush, sent Take-Two’s stock price down from nearly $128 per share to $116.50 in early after-hours trading.

The Q3 results weren’t a concern for Zelnick, however, who pointed to several gaming milestones as a sign of a strong quarter.

“Across the board, the results have been largely phenomenal. ‘Grand Theft Auto 5’ has now sold more than 120 million units,” Zelnick said. “And maybe more importantly, ‘Grand Theft Auto’ online grew its recurrent consumer spending by 54%.”

The Q3 report came out after Dan Houser, co-founder of Rockstar, the developer of ‘GTA,’ said earlier this week he’d be leaving the company in March. Rockstar President Sam Houser, who co-founded the company with his brother in the late ’90s, will remain in the same role, Take-Two said in a statement this week.

Other highlights, Zelnick said, included “Red Dead Redemption 2” approaching 30 million units sold since launching in 2018, and “NBA 2K20” selling 8 million units — slightly more than the same time last year. “Borderlands 3,” which comes from Gearbox Software, is expected to be the best-selling game in the shooter series’ history, with about 8 million units already sold.

The one major “bleak spot,” Zelnick conceded, was ‘WWE 2K20,’ which “underperformed both in terms of quality and sales.” Zelnick added: “That’s entirely our fault — specifically, my fault — whenever we fall short. That title just needs to be better and we’re working on it.”

While investors may be dinging Take-Two after its Q3 report came out, Zelnick pointed to the company’s nearly $2 billion in cash and no debt as an indicator of its overall health. Take-Two’s stock had been on a nice run since February of last year, increasing about 30% heading into Thursday afternoon.