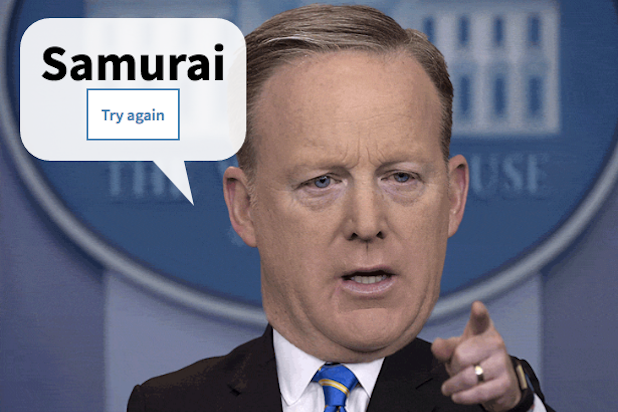 White House press secretary Sean Spicer has had some trouble with names.

“SNL” impersonator Melissa McCarthy has had fun with Spicey’s misnomers when she called other reporters “Glenn” after moving on from New York Times Reporter Glenn Thrush (played by Bobby Moynihan) in her now infamous first skit, playing the press secretary as angry and addicted to chewing gum.

Now, the Sydney Morning Herald has launched a Sean Spicer name generator, which promises to “Spicer-ize” any name you plug into it. (Play it here.)

For “Samuel” we got “Samurai.” For “Judy” we got “Juggler.” And for, ahem, “Donald” we got “Donaldson.” (Nope, Spicer can’t even get his own boss’ name right once it gets ground up in the Spicer-izer.)

Spicer has become a household name after being mocked by McCarthy on “Saturday Night Live.” CNN’s “Reliable Sources” host Brian Stelter tweeted last week that White House staffers made a gift of “several” Super Soaker squirt guns to Spicer as a result of her sketch — which had him shooting soapy water at a reporter in response to a question he didn’t like.

On Sunday, Spicer took to Twitter to call Stelter out for the tweet, saying it was wrong, echoing Trump administration claims that CNN is “fake news.”