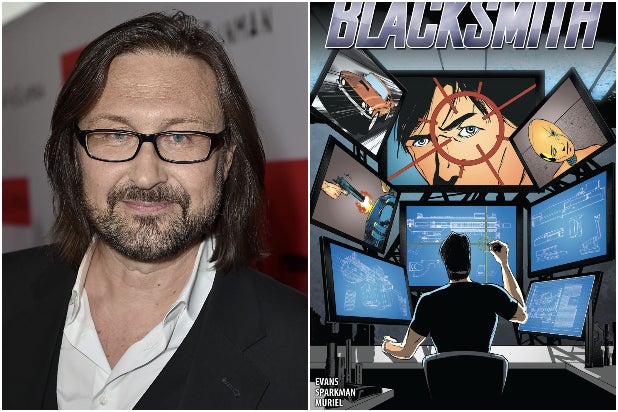 Pierre Morel, the director of “Taken,” is set to direct an action thriller film based on the graphic novel “The Blacksmith,” it was announced Thursday by the film’s producer Jon Shestack and financier Stuart Ford of AGC Studios.

“The Blacksmith” is based on a 2011 graphic novel by Malik Evans and Richard Sparkman that tells the story of a go-to weapons expert who goes on the run after his lab is destroyed and his colleagues are murdered. He must use his unique set of skills to keep him alive and journey through the heart of his own dark profession.

Production is set to begin on “The Blacksmith” in 2020.

“Ben Ripley’s terrific script introduces us to a highly original, new breed of tech savvy action hero in Wes Loomis, and Pierre is the perfect director to bring this franchise to life,” Ford said in a statement.

“Our hero is thrown out into the world with no allies and none of his usual tools. His race to survive is one thrilling improvisation after another, and I can’t wait to see Morel bring that to life,” Shestack said in a statement.

“The Blacksmith” was originally meant to be adapted as a TV series at NBC from “Truth or Dare” director Jeff Wadlow back in 2018. The graphic novel was written by Evans and Sparkman and illustrated by Alberto Muriel and Marc Rueda and was released by Arc Entertainment and Kickstart Com.

Morel most recently directed the 2018 thriller “Peppermint” starring Jennifer Garner. He’s represented by UTA, who will co-represent US distribution rights with AGC, as well as by law firm Hansen, Jacobson, Teller, Hoberman, Newman, Warren, Richman, Rush & Kaller, and by Renee Tab at Sentient.