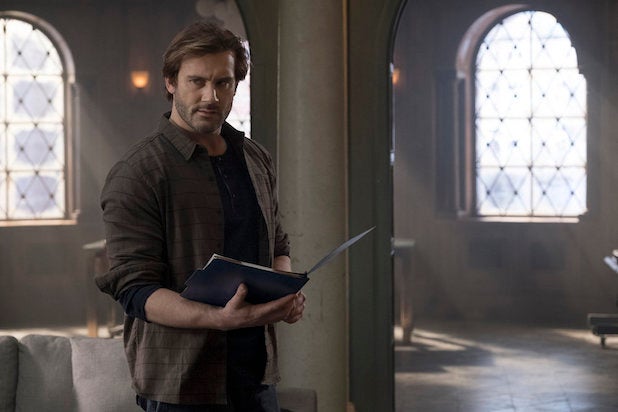 After being bumped from the schedule last month, “Taken” was officially canceled by NBC on Friday after two seasons.

However, an insider with knowledge of the situation told TheWrap that the series — based on the popular movie franchise starring Liam Neeson — is already being shopped around by studios Universal Television and EuropaCorp TV USA.

The news comes one day after “Brooklyn Nine-Nine” — another Universal TV property — was canceled at Fox, and talks began for the sitcom to be revived on another platform as well.

According to the most current data from Nielsen, which includes a week of delayed viewing where available, the Clive Standen-led series was managing a 0.7 rating in the advertiser-coveted 18-49 demographic and a total of 4.4 million viewers in its 9 p.m. Friday time slot.

The series was a prequel to the movie franchise, which followed a young Green Beret Bryan Mills (Standen) as he dealt with a personal tragedy that changes his entire life. While he works to overcome the trauma and seek revenge, he is dragged into a career at the CIA, a job that unleashes his very particular, and very dangerous, set of skills.

Universal TV and NBC declined TheWrap’s request for comment for this story.

“Taken” will return to NBC on May 26 in its new 8 p.m. Saturday time slot to air the remainder of its Season 2 episodes.

Actor stops by TheWrap for an interview and photo shoot