The accident, which involved a riverboat and a plank connecting the boat to a pier, occurred on Monday night. The crew member fell into the water and was taken to the hospital by ambulance. She is reported to be in stable condition. 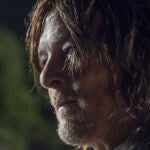 The series features standalone episodes set in the Walking Dead Universe. On Friday, AMC announced that “Walking Dead” villain Alpha, played by Samantha Morton, will return for one episode.