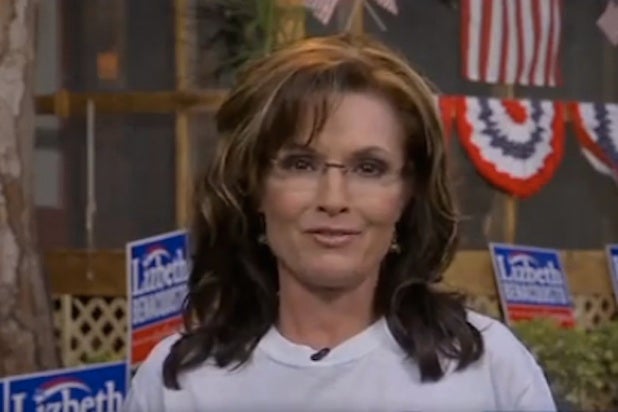 Sarah Palin is “seriously interested” in pursuing the White House in 2016 — and no, this isn’t the setup for a late-night monologue joke.

A day earlier, Palin expressed a similar sentiment to ABC News about possibly vying for the Republican presidential nomination. Not 24 hours had passed before she touched on the issue again, this time somewhat more forcefully.

“I’m really interested in the opportunity to serve at some point,” Palin told the newspaper.

That all expressed, Palin isn’t about to officially declare herself this weekend — and there won’t be pop-up campaign headquarters being constructed any time soon. This public feeler isn’t the first time that the former Alaska governor has teased going for the Oval Office — she mulled a presidential run ahead of the 2012 election cycle, but ultimately didn’t follow through.

Also Read: Sarah Palin Says She Might Run for Office Again to ‘Bug the Crap’ Out of Haters (Video)

She recently made headlines for defending Chris Kyle, who the film “American Sniper” is based on, as well as sparring with PETA — again.