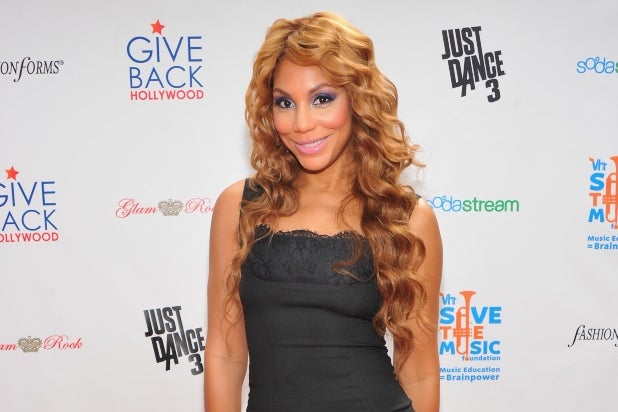 Tamar Braxton’s WE tv series has been postponed following her hospitalization earlier this month.

“Tamar Braxton has been an incredibly important member of the WE tv family for more than a decade, and our first concern is for her recovery and well-being. Given the current situation, we are postponing the premiere of ‘Tamar Braxton: Get Ya Life!’ until September 10. This series was conceived by Tamar and is a real portrait of a dynamic woman juggling the demands of being a single mother, a new relationship and her career. We know, when the time is right, Tamar’s fans will relate to seeing this honest portrait of her life, but – at this moment – we are joining with her fans and sending strength and healing in the hope that she is getting the support and help she needs at this difficult time,” a rep for WE tv said in a statement to TheWrap.

Braxton was hospitalized on July 16 after being found unresponsive at her residence in downtown Los Angeles Thursday night. Both TMZ and The Blast reported at the time that Braxton’s boyfriend David Adefeso told police that he believes Braxton was drinking and taking prescription pills and may have overdosed.

A spokesperson for Braxton provided the following statement to The Blast: “Tamar has had a very tough and emotional day — more information will be coming in the next few days. Please pray for her.”

In addition to her upcoming show, Braxton is also the star of WE tv’s “Braxton Family Values.” She also hosts “To Catch a Beautician” currently airing on VH1.