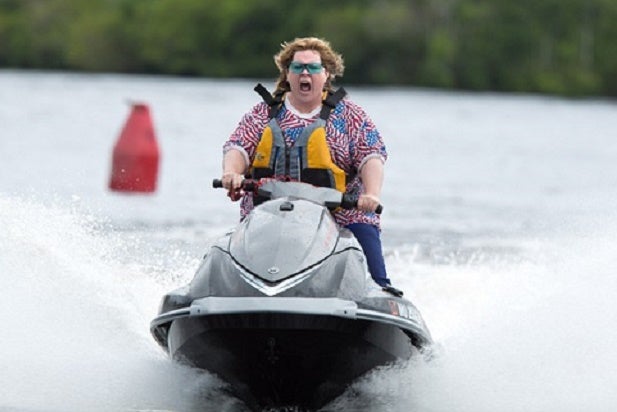 Melissa McCarthy‘s “Tammy” got off to a so-so start, “Deliver Us From Evil” had an OK first day and the kids film “Earth to Echo” was right behind it in their box-office openings Wednesday.

“Transformers: Age of Extinction” led the way, as it is expected to throughout the July 4 holiday weekend. Michael Bay‘s giant robots epic brought in $7.7 million — down from the roughly $10.5 million it did on both Monday and Tuesday — and should come in north of $55 million over the long weekend. It’s up to nearly $130 million domestically and is bearing down on $400 million worldwide after six days for Paramount.

“Tammy” did the best of the newcomers, with a $6.2 million first day that puts it on course for a five-day total in the $35 million-$40 million range that would double its production budget for Warner Bros. McCarthy co-wrote and produced the R-rated comedy with her husband Ben Falcone, who is making his directing debut.

The bad news was the weak “C+” CinemaScore first-night audiences awarded “Tammy,” which isn’t going to help word of mouth, especially since the critics have not been kind.

Sony Screen Gems’ horror film “Deliver Us From Evil,” produced by Jerry Bruckheimer, brought in $2.8 million and is looking at around $15 million over the long weekend. It received a “B-” CinemaScore.

Relativity’s low-budget kids film “Earth to Echo” got the highest grade from first-night crowds, an “A-.” It took in $2.7 million Wednesday and will likely finish in the mid-teen millions over the five days.

Holdovers “22 Jump Street” and “How to Train Your Dragon 2” ran fifth and sixth on Wednesday.

Computer problems at the AMC Theaters exhibition chain delayed hourly reports on Wednesday night but the problem was resolved by Thursday morning.

For the record: An earlier version of this story had an incorrect CinemaScore for “Tammy.”