In a conversation titled "A Letter to My Children" the entrepreneurs, activists and experts will discuss how they are coping with the challenges that the pandemic has faced, as parents and women engaged in issues of politics and social justice. From navigating life during COVID to voter rights and racial justice, panelists will discuss how they are normalizing these conversations in the home in order to promote positive social change.

With continued commitment to empowering the next generation, the Power Women Summit includes a robust mentorship program presented by Amazon Studios. The program was designed to foster and cultivate growth in three key areas: storytelling, entrepreneurship and personal development through curated small-group video sessions. Mentorship upgrades were available for only $99 with underwritten tickets provided to community organizations and event partners.

This year's mentors include actor Gina Torres who will mentor on Overcoming Stereotypes in Hollywood, Emmy-Award winning television host of "The Real" Jeannie Mai on Building Your Brand, Skydance president of animation Holly Edwards on Producing Quality Content and Grammy Award-winning singer-songwriter Kirstin Maldonado on Engaging with Audiences Through Social Media.

Here's information on our panelists and mentors: 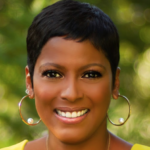 Emmy Award-winning talk show host Tamron Hall is the host and executive producer of the nationally syndicated talk show "Tamron Hall," which premiered in September 2019. In July, the show received a Daytime Emmy for Outstanding Informative Talk Show Host, marking the first time a freshman host was the recipient of that honor. 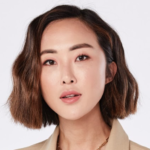 Renowned digital influencer and entrepreneur Chriselle Lim is the CEO of Bümo, which means 'parents' in Korean. She is co-founder of BümoWORK, a co-working space with licensed childcare and the online community BümoParent. In response to COVID, she launched BümoBrain, an online education site. She also hosts the Dear Media podcast "Being Bümo." 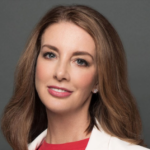 Shannon Watts is the founder of Moms Demand Action for Gun Sense in America--the nation's largest grassroots gun violence prevention group. She is also the author of "Fight Like a Mother: How a Grassroots Movement Took on the Gun Lobby and Why Women Will Change the World." 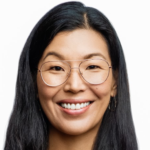 Ai-jen Poo is the Executive Director of the National Domestic Workers Alliance, Co-Director of Caring Across Generations, and Co-Founder of Supermajority. She is an award-winning organizer, best-selling author, a TIME 100 alumna and a leading voice in the women's movement. 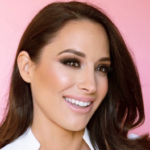 Simona Grace is founder of Moms in Office, a political organization dedicated to electing and supporting moms running for office. Most recently, Simona was named California's Mother of the Year 2020. 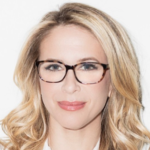 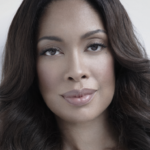 Gina Torres is well known for her role as Jessica Pearson on USA Network's hit original series "Suits." Torres also toplined and executive produced "Pearson," which saw her "Suits" character take on the world of Chicago politics. Gina Torres most recently joined the cast as a series regular on season two of Fox's "911: Lone Star." 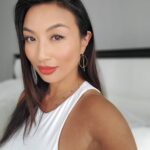 Jeannie Mai is the Emmy-Award winning host of "The Real." A style expert and producer, Mai has a web series "Hello Hunnay," about her journey through fashion, fitness, finances and relationships. The digital series releases weekly on Kin, Facebook and YouTube with over 590K subscribers and continues to grow weekly. Mai also hosts the podcast "Listen Hunnay." 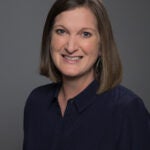 As president of Skydance Animation, Holly Edwards sets the overall business and production strategy across all animated titles. She is in charge of overseeing global teams dedicated to producing a bold and original slate of animated films and television series. Her past credits include "Kung Fu Panda, "Madagascar: Escape 2 Africa" and "Trolls" -- just to name a few. 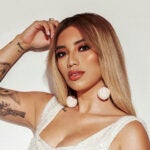 Kirstin Maldonado is a 3X Grammy Award-winning singer-songwriter, most widely known as a co-founding member of the highly successful a cappella group Pentatonix. As a member of Pentatonix, Maldonado has sold more than 10 million albums worldwide, and amassed more than 4.5 billion video views from more than 18 million YouTube subscribers.

The Power Women Summit, presented by the WrapWomen Foundation, is the largest annual gathering of the most influential women in entertainment, media and technology. The Summit aims to inspire and empower women across the landscape of their professional careers and personal lives. This year's all-virtual PWS provides three days of education, mentorship, workshops and networking around the globe to promote "Inclusion 360," this year's theme.