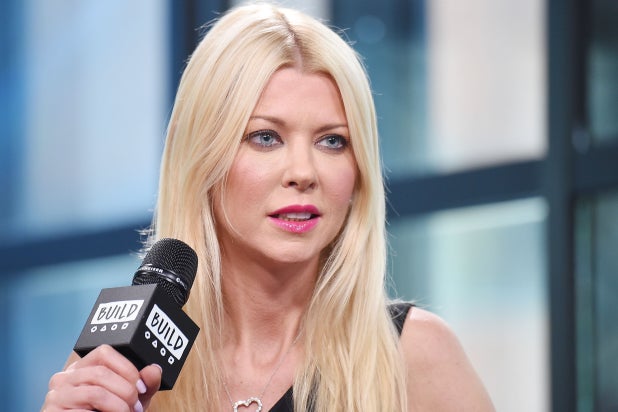 Tara Reid has filed a $100 million over use of her face on slot machines promoting the Syfy “Sharknado” film series.

In a lawsuit filed Thursday in California, Reid is accusing Syfy and “Sharknado’s” producers of using her likeness on slot machines without her consent.

The suit points to Reid’s contract for the sixth “Sharknado” film, which states that “in no event shall [Reid’s] likeness be used for any merchandising in association with alcohol, tobacco, gambling, hygiene, or sexual products without [Reid’s] prior written approval.”

The suit continues that Reid gave no such permission to her face on those slot machines. It goes even further, stating that the defendants never even asked for her permission.

However, the Dec. 6 filing listed Asylum Entertainment LLC as one of the defendants, which is a different company from the actual producer of the “Sharknado” films, The Asylum.

Also Read: 'Deadpool 2': Here Are All the Pop Culture References, From 'Frozen' to 'Sharknado' (Photos)

A representative for Syfy and The Asylum did not immediately respond to TheWrap’s request for comment.

Reid has starred as April Wexler, and along with Ian Ziering, has appeared in all six “Sharknado” films that have aired yearly on Syfy since 2013. The most recent film, “The Last Sharknado: It’s About Time,” premiered on Aug. 19.