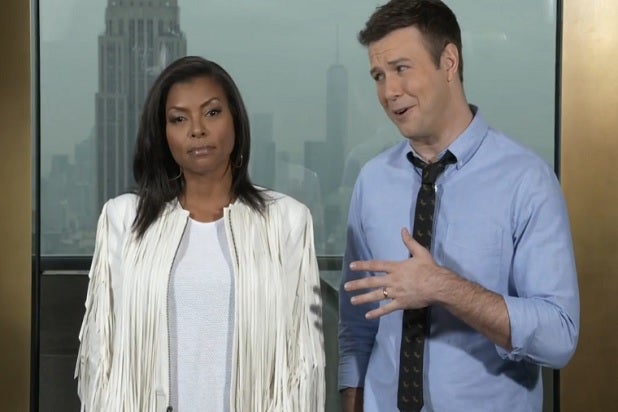 In a promo for the “Empire” star’s upcoming appearance on the long-running NBC sketch show, Killam asked Henson if she was anything like her character, Cookie Lyon, in real life.

Henson reared back and delivered an epic smack to Killam’s face, then said, “Don’t ask questions you won’t like the answer to, little boy.”

In another promo, Killam pitched Henson an idea for a new show called “Umpire,” a drama centering on a family of baseball umpires. Henson and Killam proceeded to act out a scene for the new show, complete with umpire’s masks.

From the looks of things, though, the Lyon family won’t be losing its matriarch any time soon.