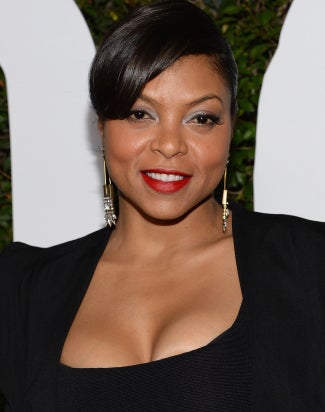 Henson will play Cookie Lyon, Lucious’ (Terrence Howard) ex-wife and former business partner. The Daniels and Danny Strong drama will reunite Henson and Howard, who starred together in “Hustle & Flow.”

Additionally, Jussie Smollet has been cast in the role of Jamal Lyon, their son.

Cookie is described as a sexy, over-the-top force who has spent 17 years in prison for dealing drugs — money she funneled directly to Lucious’s fledging music empire. Now she’s been released early for good behavior and wants what’s hers.

Jamal is a 24-year-old sensitive young man and musical prodigy who could rise to stardom if he desired to. As a gay man, he’s been rejected and judged by his father since childhood — which may explain why he steers clear of fame and prefers to keep his music “pure.”

Henson is an Academy Award nominee for her role in “The Curious Case of Benjamin Button.” She’s was recently on “Person of Interest” and is repped by Vincent Cirrincione Associates and her attorney, Neil Meyer.

Smollett recently guested on “The Mindy Project” and is represented by Vincent Cirrincione Associates and Shannon McClaren at JKA Talent Agency.